Man injured in altercation in front of NDA 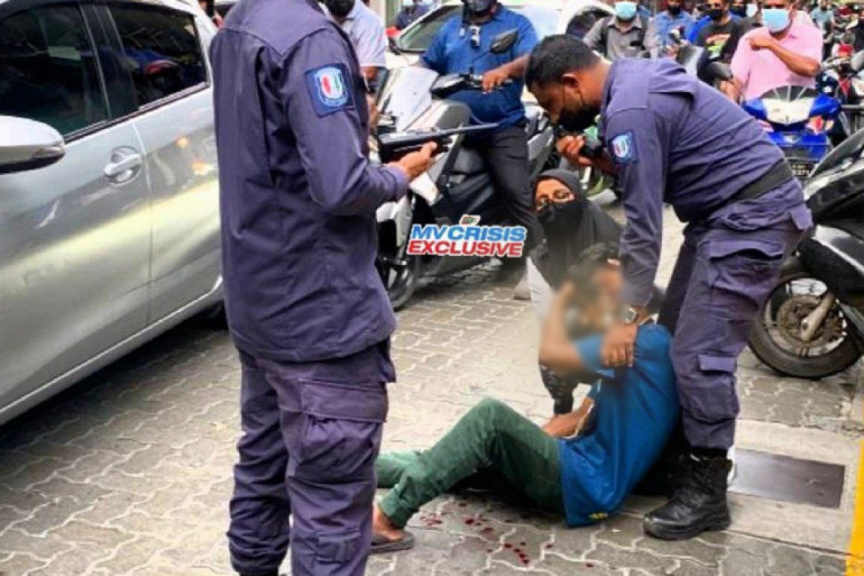 Police assist a man injured in an altercation in front of the NDA headquarters in Alikilegefaanu Magu, Male' City, on July 22, 2021. (Photo/MV Crisis)

A man has sustained injuries in an altercation in front of the National Drug Agency (NDA) headquarters in Male’ City.

A police spokesperson told Sun a case involving assault on Alikilegefaanu Magu was reported to the authorities at 05:23 pm this Thursday.

The man injured in the incident is being treated at the Indhira Gandhi Memorial Hospital (IGMH).

A photo of the injured man circulating on social media shows him lying on the blood splattered road holding his head.

3 arrested for violence against teen in Lhaimagu

Teen injured after getting attacked on Male' road