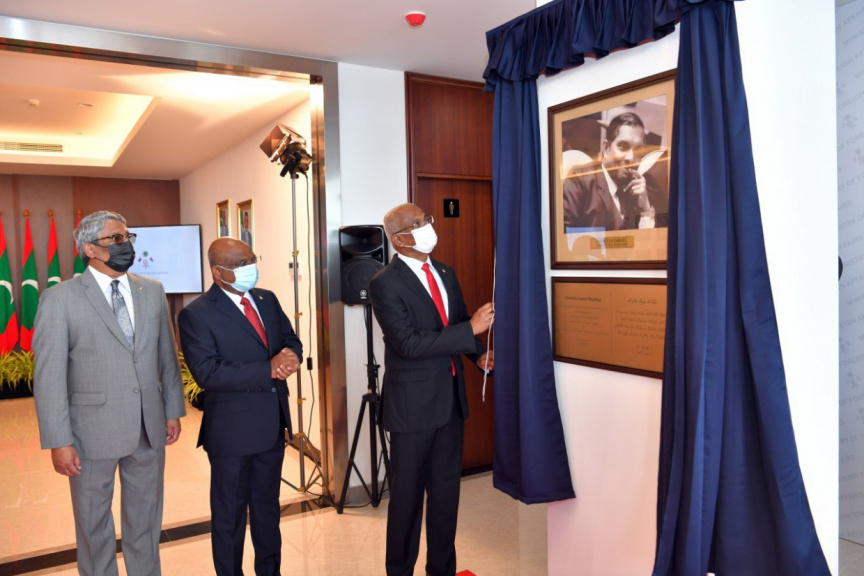 President Ibrahim Mohamed Solih said on Thursday that his administration’s top policy is to ascertain the independence of Maldives and the safety of its people.

He made the statement in his speech at the ceremony on Thursday to dedicate the Foreign Ministry building in memory of the late Fathulla Jameel – the longest serving Foreign Minister in Maldives.

In his speech, President Solih said that the incumbent Maldivian Foreign Minister Abdulla Shahid’s election to presidency of the UN General Assembly is evidence to the entire world that Maldives’ independence is protected in the true sense of the word.

He said that Maldives will always advocate for independence of all nations.

“Maldives will always advocate to minimize the impact of climate change on the environment. To protect and safeguard human rights without any discrimination. Maldives will always maintain the policy for prioritizing democratic values and peace,” he said.

He said credited Maldivian Foreign Minister’s landslide election victory as President of the 76th UNGA to Shahid’s wise policy to prove to the world that Maldives will maintain its foreign policies.

President Solih noted that the Foreign Ministry building was originally constructed in 2005, and renovated again in 2019 with assistance from China, and thanked the Chinese government for its support.