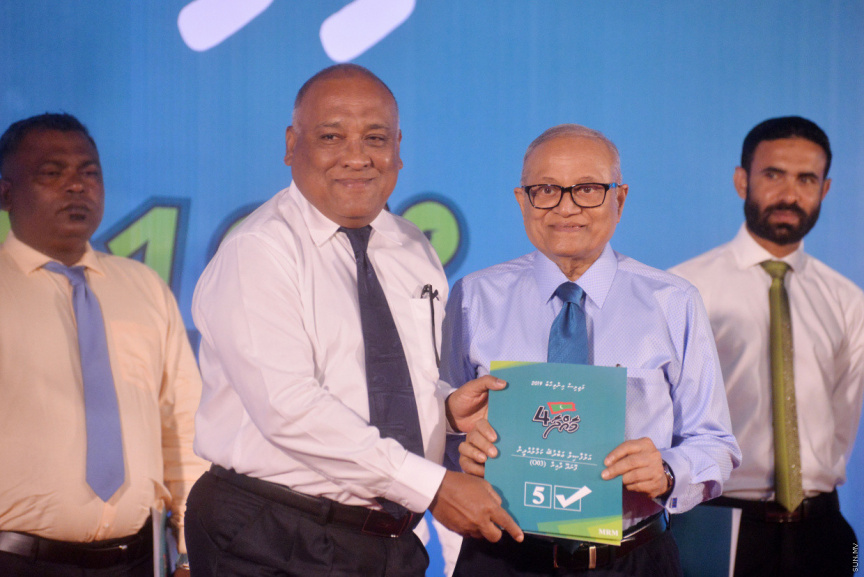 The move comes after EC rejected Kamaluddin’s application to register his new party citing failure to meet criteria on Wednesday, as his name remained on the party’s register even after he left the party.

In a statement via Twitter on Wednesday night, MRM said Kamaluddin filed a letter asking to be removed from the party on June 29. MRM said it has therefore filed a formal request with EC asking it to remove Kamaluddin’s name from the party’s register.

Responding to the decision by EC to reject his application to register his new party on Wednesday, Kamaluddin told Sun that he had already left MRM when he filed the application, and said he does not believe he needs to re-file the application.

Kamaluddin said that he will, however, re-file his application, if required.

Kamaluddin began his political career with former Maldivian President Maumoon Abdul Gayoom, and went on to serve as a member of his Cabinet.  He later became a member of Jumhoory Party (JP), but rejoined Maumoon after he resumed political work.

He was involved in the creation of Maumoon’s Maldives Reform Movement (MRM), and ran for the Parliament with Maumoon’s backing in the 2019 elections.