Vehicles procured with funding from India handed over to Corrections 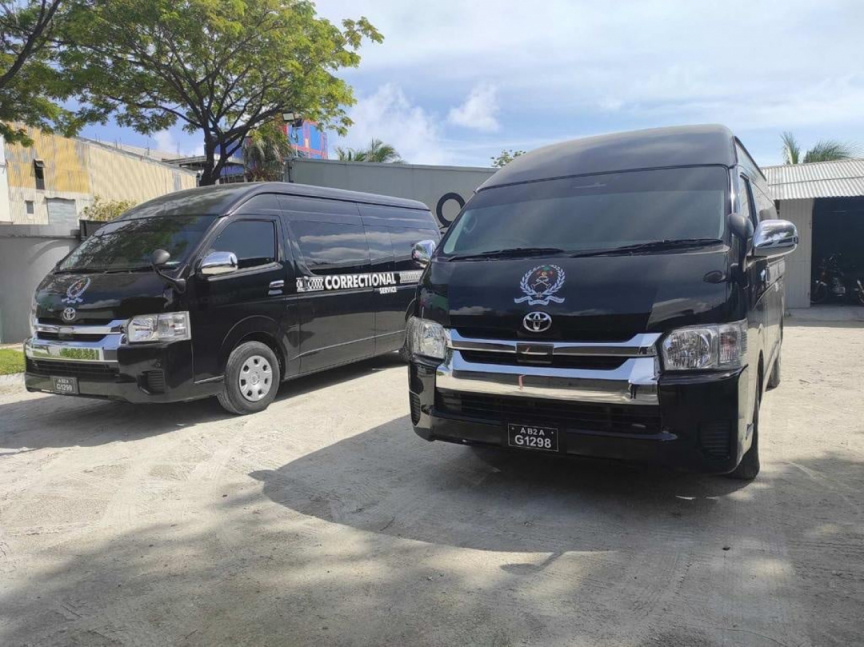 Vehicles procured with the financial support of India have been handed over to Maldives Correctional Service (MCS).

A special virtual ceremony was held today to mark the handover which was graced by Minister of Foreign Affairs Abdulla Shahid, High Commissioner of India to the Maldives Sunjay Sudhir and senior officials from Foreign Ministry, Indian High Commission, and MCS.

In this ceremony, MCS highlighted that they were facing difficulties when it comes to transportation issues – thus limited capacity to undertake their responsibilities to the fullest. To ease these difficulties, they were allocated MVR 8 million grant assistance from the Indian Government in order to procure vehicles

Speaking at the ceremony, Minister Shahid noted the pivotal role MCS plays in the reform and reintegration of offenders back to society as responsible citizens and stressed the importance of increasing the effectiveness of MCS in providing their services.

The financial support for this project has been allocated from the grant assistance of MVR 106 million extended to the Government of Maldives during the visit of the Minister of External Affairs of India in March 2019.