President presented with May 6 inquiry report 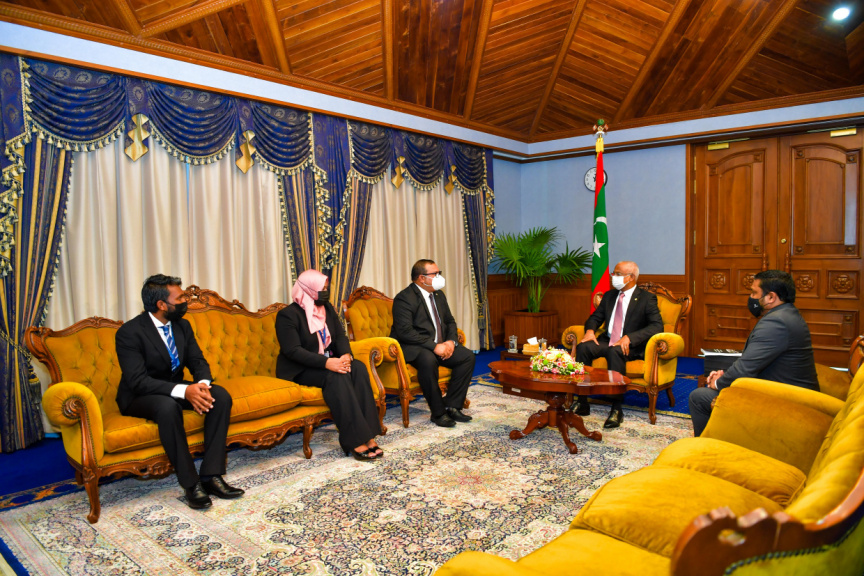 President Ibrahim Mohamed Solih is presented with the inquiry report on Speaker, former President Mohamed Nasheed’s security breach in relation to the IED attack in May on July 11, 2021. (Photo/President's Office)

President Ibrahim Mohamed Solih has been presented with the report compiled by Parliament’s Security Services Committee following its inquiry into the breach of Speaker, former President Mohamed Nasheed’s security in relation to the IED attack on May 6.

The inquiry report was presented by Security Services Committee’s chair, North Hithadhoo MP Mohamed Aslam in a ceremony at the President’s Office on Sunday afternoon.

After accepting the report, President Solih said that the report was important and hard work conducted by the committee over a short period of time, and thanked the committee members for their hard work.

President Solih said he will look into the points highlighted in the report, and take corrective measures where possible.

He also provided assurance the report will be shared with the National Security Council, and key national security related work conducted as soon as possible.

Aslam, meanwhile, thanked the government for its cooperation in compiling the report.

He expressed confidence the government will address the issues highlighted in the report.

Aslam said the committee paid special attention to ensuring the work was conducted as an inquiry, and not as an official investigation.

Sensitive information that may threaten national security was redacted from the report when it was released to the public on July 9. However, the President, Chief Justice and Speaker will receive original versions of the report.

Maldives ceases use of revenue stamps