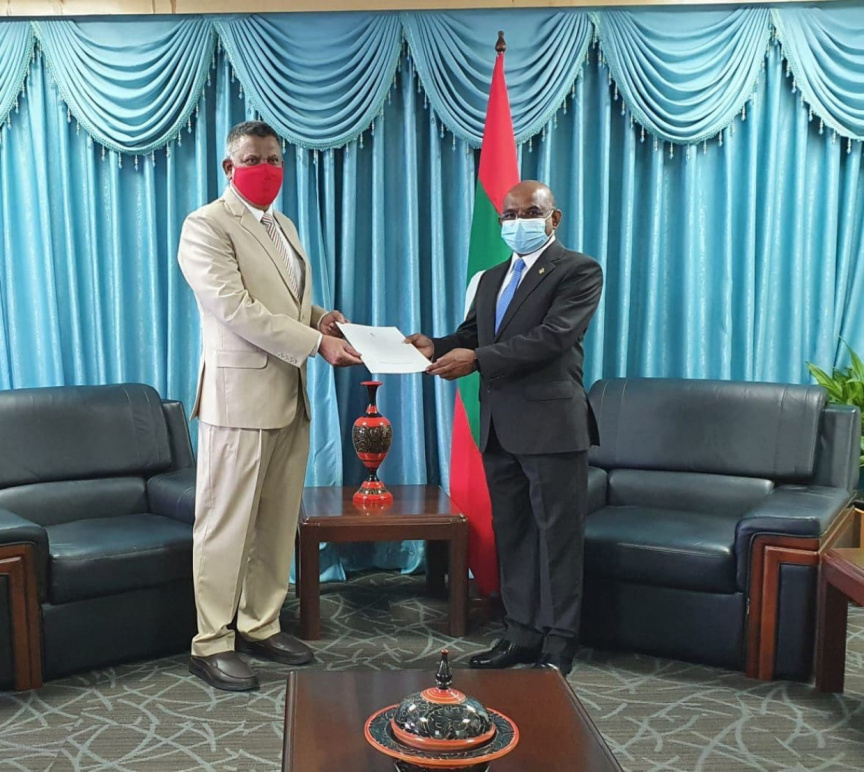 Jaufar Easa Adam (Jausa Jaufar) (L) is presented with the exequatur in recognition of his appointment as Honorary Consul of Indonesia in Maldives on July 5, 2021. (Photo/Foreign Ministry)

Janah, the president of Maldives National Association for Construction Industry (MACI) and owner of Hotels and Resorts Construction (HRC), was appointed by the Hungarian government as Honorary Consul of Hungary in Maldives.

Meanwhile, Jaufar, founder of Jaah Maldives, was appointed by the Indonesian government as Honorary Consul of Indonesia in Maldives.

They were presented with exequaturs, which authorizes them to exercise their new roles, by Maldivian Foreign Minister Abdulla Shahid earlier this Monday.