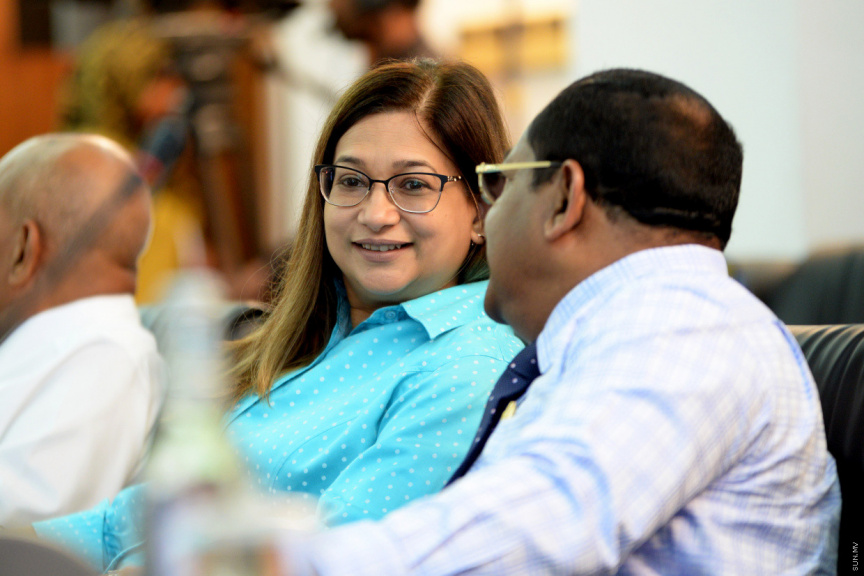 He initially had a travel ban order against him, but the Criminal Court temporarily released his passport and allowed him to travel overseas for medial treatment on February 9. Ali Waheed promptly left for the UK. While the four-month period granted by the court has now expired, his exact whereabouts in the UK is unclear.

A local newspaper publishes a report last Wednesday claiming Ali Waheed is being hosted by the Maldivian Deputy High Commissioner to the UK, Naushad Waheed, at his private residence.

Maldivian High Commissioner to the UK, Dr. Farhanaz denied the allegation in a tweet on Wednesday night.

She dismissed the claim as “100% fake news” and described it as a “totally despicable and horrendous spear campaign on the Deputy HC and the whole Maldives High Commission team in London.”

Absolutely 100% fake news! Shame on @DhiyaresNews to even call yourself journalists! Totally despicable & horrendous smear attempt on the Deputy HC & the whole of Maldives High Commission team in London. https://t.co/CbjuCdy1vP

The Maldivian government has not made an official comment regarding Ali Waheed’s whereabouts or whether they expect to extradite him to Maldives to face trial.

Ali Waheed is scheduled to attend his hearings remotely, through the Maldivian High Commission.

He pled not guilty to all seven charges during his arraignment at the Criminal Court on January 24. He faces minimum 21 years in prison if convicted of the charges.