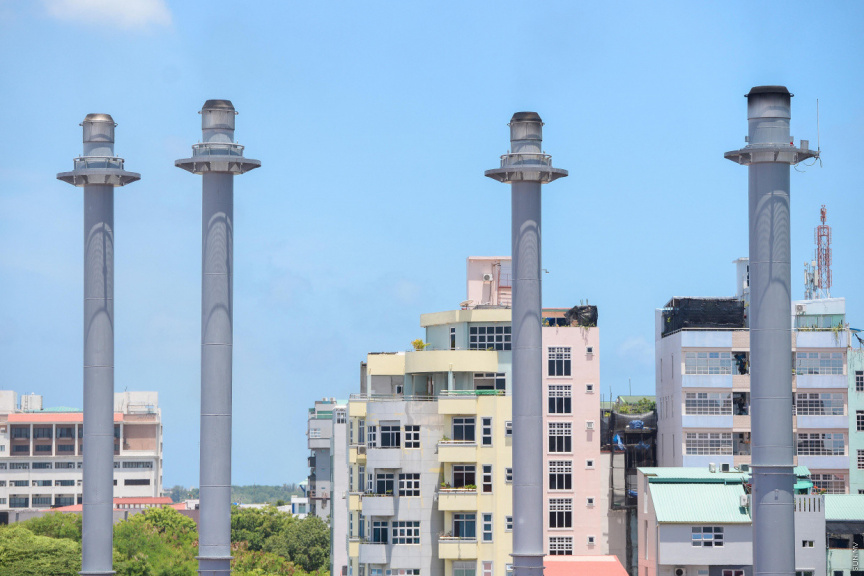 The instruction comes amid complaints from residents in the neighborhood regarding the harmful effects of the sound, vibrations and smoke from the generators on their health.

The generators, kept inside Gaakoshi at the junction of Maanifa Hingun and Koimala Hingun, were installed by STELCO as a temporary solution to support the increase in energy consumption in the capital.

Complaints from residents in the neighborhood prompted an investigation from URA.

In a statement following its investigation on Wednesday, URA said it finds the fastest solution to the problem is for STELCO to decommission the temporary generators.

However, STELCO is public service provider, and decommissioning the temporary generators may result in power outages across Male’ City, damage generators and inconvenience many residents, said URA in its statement.

URA said that STELCO has provided assurance the temporary generators will not be used unless absolutely necessary. URA said the company has informed the authority that a permanent solution to the issue requires the completion of the Male’-Hulhumale’ interconnection project, and that some of the generators will be switched off based on the power generated from the Hulhumale’ powerhouse.

STELCO has stated the company is working on using sound attenuation material to cover the location where the temporary generators are kept in order to solve the issue.

URA has instructed STELCO to take measures to minimize the harmful effects of the generators until a permanent solution can be reached, complete and make the Male’-Hulhumale interconnection serviceable by July 31, decommission the temporary generators by August 15, and conduct necessary prior assessments and adhere to regulations when installing additional generators in the future.

URA said that adherence regulations and policies on installation of generators will reduce the risk of such issues from arising.