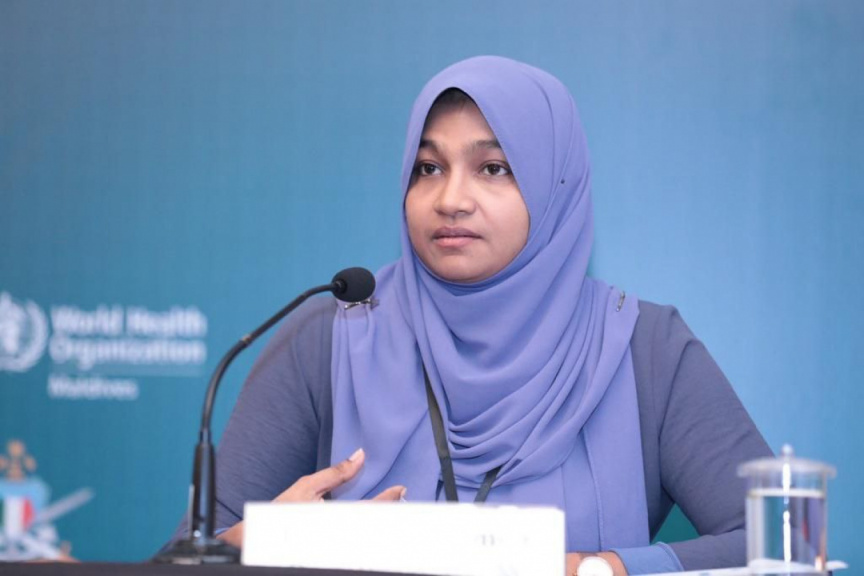 Deputy Gender Minister Fathimath Yumna said on Tuesday that the Family and Child Protection Services worked with the family to provide social support to the 13-year-old boy who was kidnapped and murdered in the Maldivian capital.

In a joint press conference by Gender Ministry and Maldives Police Service on Tuesday evening, Yumna said the family worked closely with Family and Child Protection Services to seek necessary support for the young boy.

“Case work was done with the child’s mother to provide him with the social support he needed,” she said.

Yumna said that Family and Child Protection Services, through their work on the case, identified the young boy as a capable student.

“Through the casework with the child, we identified him as an active student, and his teachers too, noted he was capable,” she said.

The body of the 13-year-old boy was found in a suitcase in the shallow waters off Hulhumale’ Phase II at 02:38 am on Tuesday.

At Tuesday’s press conference, Head of Serious and Organized Crime Department, Chief Inspector of Police Abdulla Rasheed said the police have made significant progress in the investigation.

“The police are now obtaining additional information, and collecting evidence needed to send this case to trial,” he said.

Police are also seeking an autopsy to determine the exact cause of death.