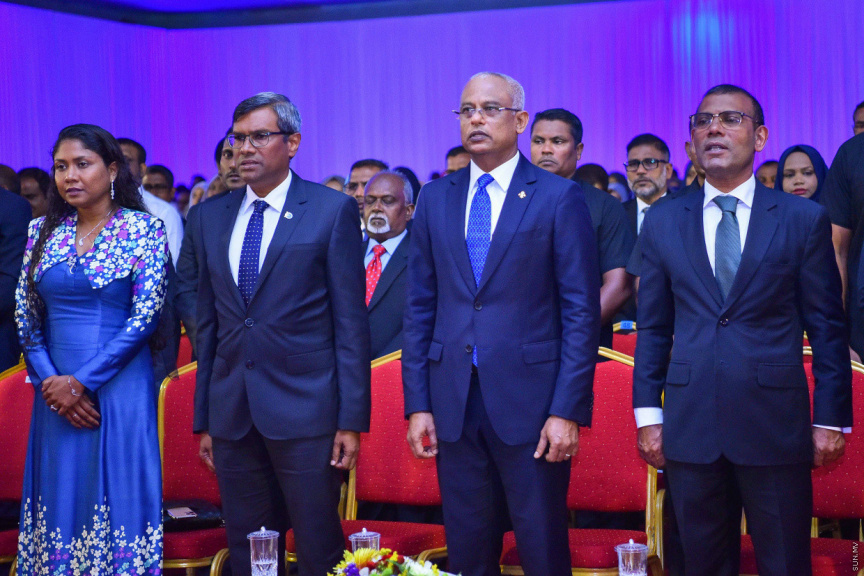 Parliament has passed legislature to arrange official residences for the Parliament Speaker and Chief Justice and their families in order to reinforce their security.

Of the three heads of the branches of the state, an official residence is provided only to the President.

The move to arrange official residences for the remaining two top state officials comes in the wake of an IED attack outside the residence of Speaker, former President Mohamed Nasheed on May 6, which left him severely wounded.

Both bills passed separately with the unanimous consensus of 56 parliamentarians during the parliamentary sitting on Monday afternoon.

Once the bills are enacted, it will be compulsory for the state to arrange official residences for the two top officials and their families, along with “an adequate number of staff and expenses for the residence”.

The committee said they made the change to make it uniform to the definition of “children”  on President’s Salary and Allowances Act.

Parliament to reopen on February 3