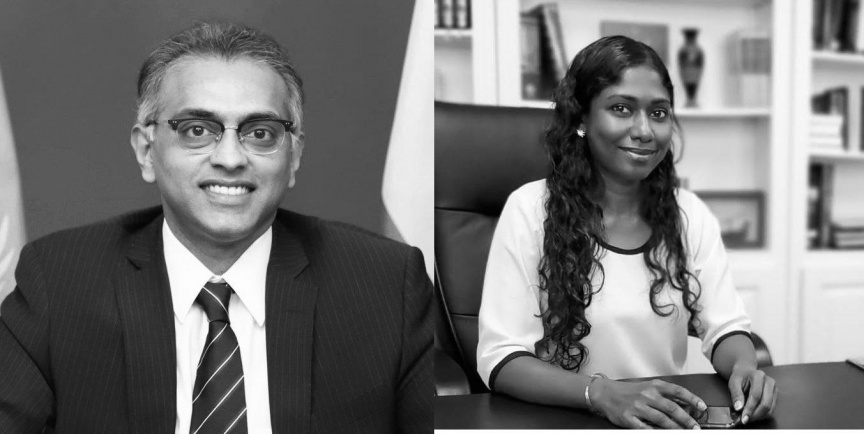 Shahid announced the appointments in a tweet on early Thursday.

“Today, I have appointed Ambassador Thilmeeza Hussain as Special Envoy of the PGA, and Ambassador Nagaraj Naidu Kumar as my Chef du Cabinet,” said Shahid.

“They will be instrumental in delivering my vision for the #PresidencyOfHope,” he added.

Shahid became the President of the 76th UNGA during the election held at the UN headquarters in New York last Monday.

In his speech after his election victory, Shahid said vowed to select a team that achieves gender parity, and represents all geographical regions, made up of both developing and developed nations.

Noting that the beginning of his term comes as the world continues to battle the COVID-19 pandemic, Shahid said that his main priority will be vaccine equity.

Shahid’s election marks the first time Maldives will be occupying office of the President of UNGA.