President says bridge project could be awarded in two weeks 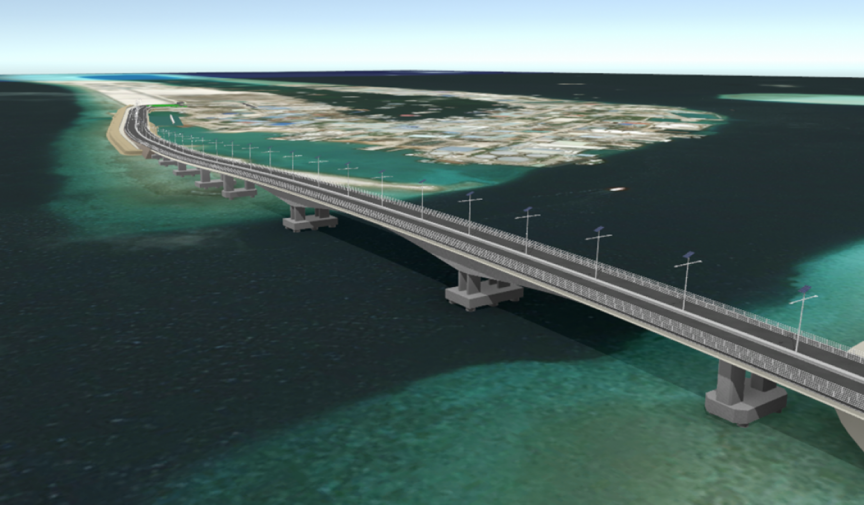 Concept of the Thilamale' bridge project.

President Ibrahim Mohamed Solih has announced that the awarding of the Thilamale' Bridge project would be finalized sometime in the next two weeks.

The President was speaking in a press conference held today when he spoke on the latest developments regarding the massive infrastructure development project. He said that the tender process of the project was completed and the valuation was also now reaching an end.

"I am hoping that the project would be awarded to a party within the next two weeks after the evaluation is completed. So, before the end of the month, a party will be awarded to start the official work on the bridge," said the President.

A signalized junction will be established under the project between the islands of Male' and Villingili. Roundabouts are also to be constructed in Thilafushi and Gulhifalhu, the remaining islands to be connected via the bridge. Each island and junction will have bus stations.

The President also spoke on the international port project to be established in Gulhifalhu. He said that the documents regarding the project were now finalized.

"An area of land needs to be reclaimed for the port as well. Raising finances for the project is underway," said the President.

The port project is also supported by the Exim Bank of India.