President: This may be our last chance to save Maldives from climate change 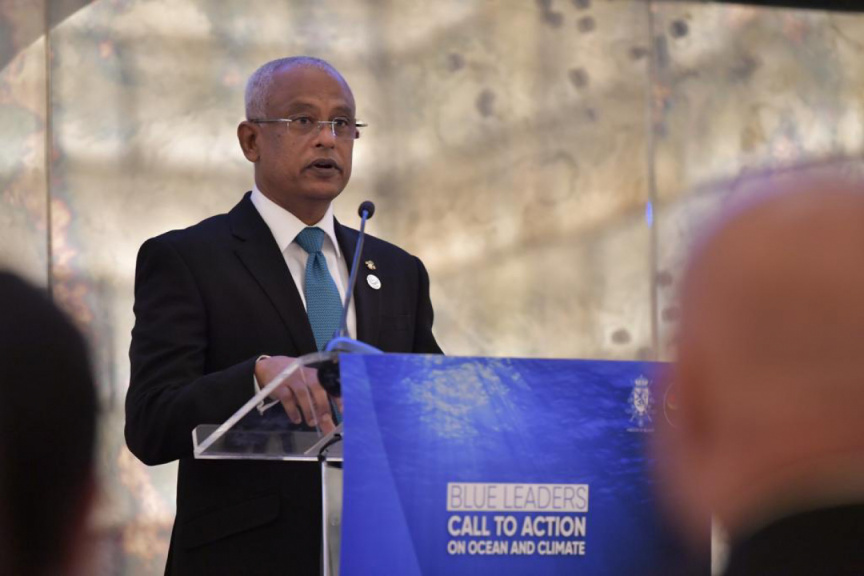 President Ibrahim Mohamed Solih warned on Saturday that the current Maldivian generation may be the last generation with a chance to save Maldives from climate change.

In an address on occasion of World Environment Day, President Solih said the current Maldivian generation may the last with a chance to save the country from the impact of climate change, heightening the importance of preserving and protecting natural resources without causing any distress to ecosystems.

“Based on the impact, and rate of the impact of climate change on Maldives, we may be the last generation to save Maldives from these damages. We need to implement new and quick measures to revive our dying ecosystems,” he said.

He stressed on the need to restore the lakes, mangroves, wetlands, coral reefs, and beaches damaged due to human actions.

Pointing out that the lifestyle and economy of the Maldivian people depends on sustainable management of natural resources, President Solih noted that 73 different areas - adding to over 13 percent of the natural house reefs in Maldives - have been declared protected areas.

He also highlighted on the plan to declare 20 percent of Maldivian seas protected by 2030. The plan falls under the worldwide initiative of the Global Ocean Alliance to protect at least 30 percent of the global ocean as Marine Protected Areas (MPAs) by 2030.

President Solih stressed that the slightest imbalance caused to ecosystems take many years to heal naturally, if at all.

“We must therefore look to preserve and protect our resources without causing any distress to our ecosystems,” he said.

President Solih said that some of the biggest challenges to the Maldivian environment unsafe waste management and the increase in use of single-use plastic products.

He highlighted on several important initiatives to address the challenges, including sustainable waste management, the plan to reach net-zero carbon emissions by 2030, the ban on import of several single-use plastics.

He also highlighted on renewable energy projects such as the solar PV hybrid energy systems established throughout the nation, totaling over 31.5 megawatts of power.