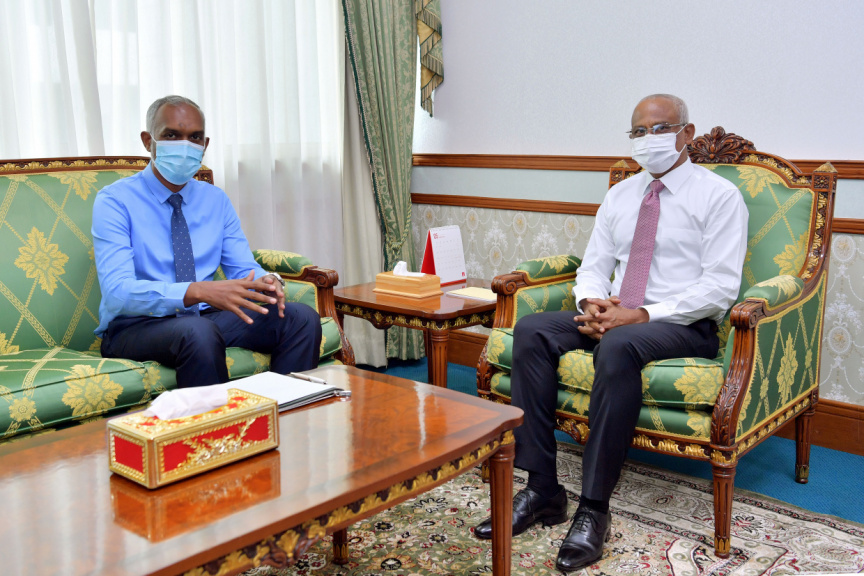 President Ibrahim Mohamed Solih met with Male’ City Mayor Dr. Mohamed Muizzu at the President’s Office on Thursday morning, for discussions regarding the current situation in the Maldivian capital.

According to the President’s Office, President Solih and Mayor Muizzu engaged in discussions regarding the current situation in Male’, and ways to make the city safer and more hospitable for residents.

At the meeting Muizzu shared ongoing projects by Male’ City Council, as well as plans for upcoming projects.

He expressed his wishes to work alongside President Solih’s administration, and provided assurance of his full support to the government.

The President, meanwhile, provided assurance Male’ City Council will receive full support and resources from the government to carry out any work that would lead to dignified living for Male’ residents.

In a tweet afterwards, Muizzu described his meeting with the President as “a hopeful meeting”.

“I thank [the President] for his time and hopeful answers,” he said.

'Dhapparu will be developed for real estate tourism'

Finance Minister says economy is on path of recovery