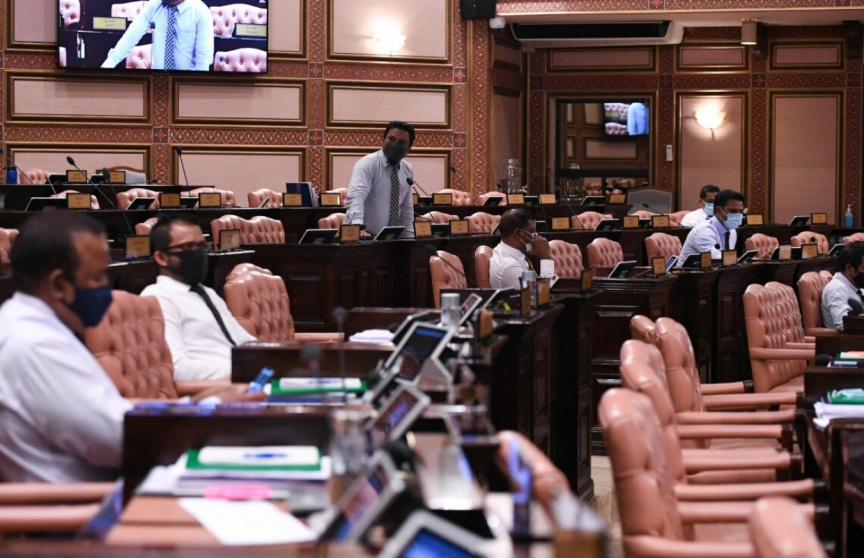 The Parliament will be switching to online sittings starting from tomorrow onwards.

Parliament's Communications Director Hassan Ziyau said that the switch was due to the increase in COVID-19 cases in the Maldives and to adhere to Health Protection Agency (HPA) guidelines.

Ziyau said that arrangements to hold online sittings were now being made.

The physical sittings were started in accordance with the new normal situation whereby strict preventive measures and safety steps were enforced in the parliament.