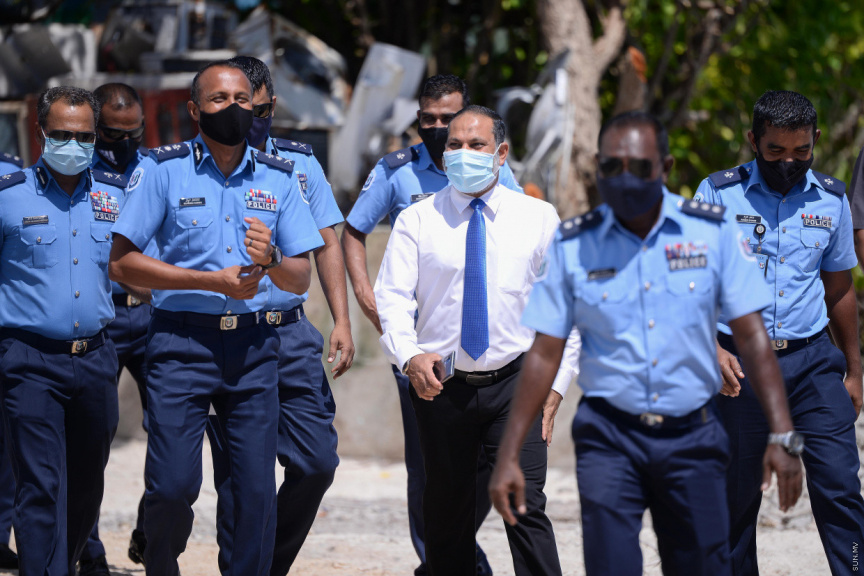 Home Minister Imran Abdulla said on Monday that there are people living in Maldivian community with expertise in making improvised explosive devises (IEDs), but that there expertise alone is insufficient legal basis for detainment.

Imran, who attended the Parliament for a ministerial questioning session on Monday morning, was pressed with multiple questions regarding the targeted terror attack on Parliament Speaker, former President Mohamed Nasheed.

Referring to a statement by Commissioner of Police Mohamed Hameed that there are some 1,400 extremists living freely in the Maldivian community, parliamentarians asked Imran for the reason why such individuals aren’t detained, even after the Counter-Terrorism Act was revised to grant police additional powers by holding extraordinary sittings while the Parliament has been in recess, at the urging of Imran himself.

Imran said that even with the sweeping reforms to Counter-Terrorism Act, there continue to be legal obstacles to detaining people who harbor extremist ideologies.

“Even after this recent attack, I have been telling you, including parliamentarians, that the law still does not allow room for these people to be detained and to be released from detention and kept in state custody for rehabilitation programs. I appeal to you even now, that the law requires further revision.

Imran said that there are people living in the Maldivian community with expertise in making IEDs, and that this poses a great threat to the community.

He said that there needs to be a legal basis to arrest such individuals, rehabilitate them, and keep them detained.

“There are people in this community with expertise in making IEDs. They remain free, despite police reports identifying them as having such expertise, because there is no way of proving they engaging or planning on engaging in something like that. The law does not allow for a person to be detained based on their capabilities. They remain free due to a number of such issues,” he said.