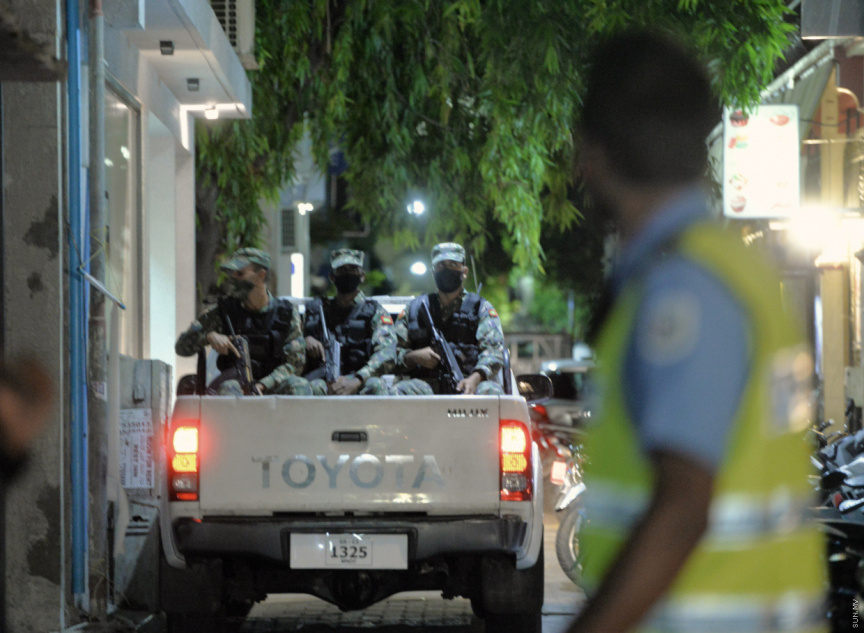 The seven suspects arrested in a joint operation by police and military in Addu City on Saturday have been remanded in custody of the police.

According to a police spokesperson, three of the suspects were remanded in custody for 15 days, and the remaining four suspects for 7 days by the court this Sunday.

Sun has been informed the operation is a crackdown on terrorism and extremism.

Armed MNDF officers have been deployed to locations across Maldives following the targeted terror attack on May 6 which left Parliament Speaker and former Maldivian President Mohamed Nasheed severely wounded.

Security at Velana International Airport has also been strengthened based on “information” received by the police.