7 arrested in counter-terror op in Addu 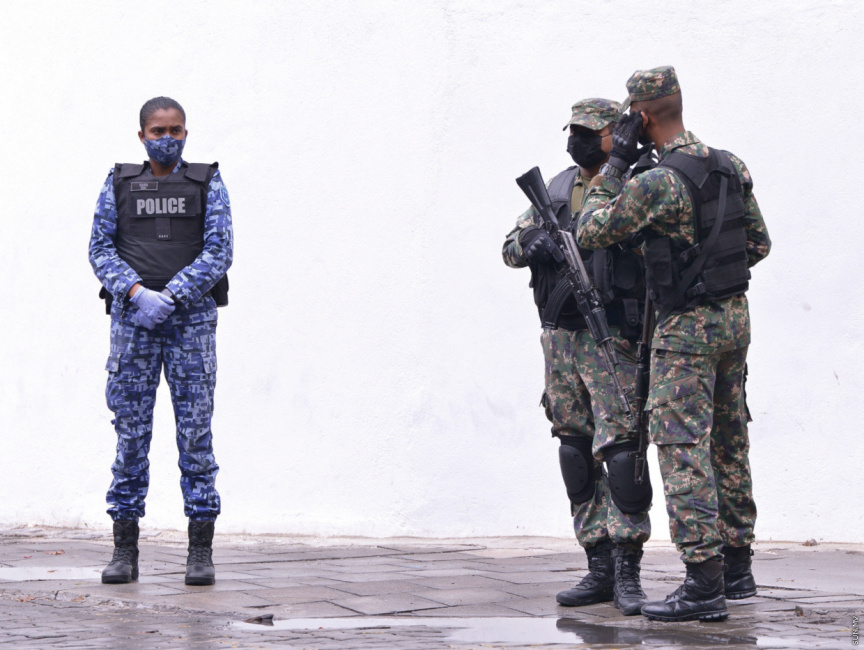 Seven suspects have been arrested in a counter-terror operation by security forces in Addu City.

Maldives Police Service confirm they are conducting an operation in collaboration with Maldives National Defense Force in Addu this Saturday, but has yet to disclose details.

Sun has been informed the operation is a crackdown on terrorism and extremism.

A police spokesperson confirmed seven people have been taken into custody in the operation.

Armed MNDF officers have been deployed to locations across Maldives following the targeted terror attack on May 6 which left Parliament Speaker and former Maldivian President Mohamed Nasheed severely wounded.

Meanwhile, security at Velana International Airport has also been strengthened based on “information” received by the police on Friday.