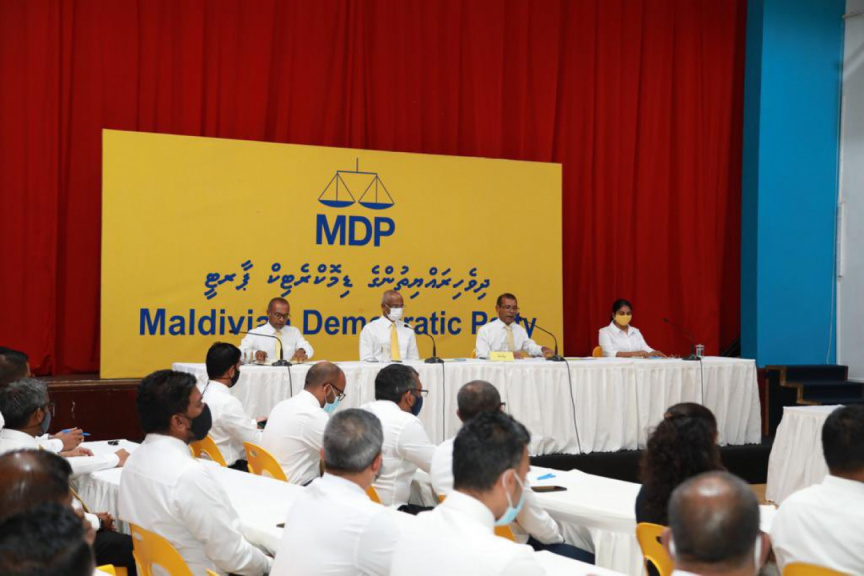 The main ruling party decided to postpone their council elections this Saturday, stating they believe it isn’t an appropriate time to hold the elections with their leader, Parliament Speaker and former Maldivian President Mohamed Nasheed incapacitated due to the recent terror attack to assassinate him.

MDP said they will finalize a date for the elections within the next 10 days.

The party said they will continue to conduct administrative work for the elections despite the postponement.

The elections were postponed at the suggestion of Maldivian President Ibrahim Mohamed Solih. Speaking at MDP’s 174th national council meeting, Solih noted that internal elections create great rivalry within the party, but that now was the time for MDP to come together in solidarity, in light of the attack.

The postponement comes with candidates – some of them endorsed by Nasheed - campaigning for the elections.

MDP’s national council has decided to disqualify candidates implicated in the MMPRD graft scandal and murder cases from the elections.

Nasheed sustained life-threatening injuries in the attack. He is currently in Germany to continue his rehabilitation and recovery.