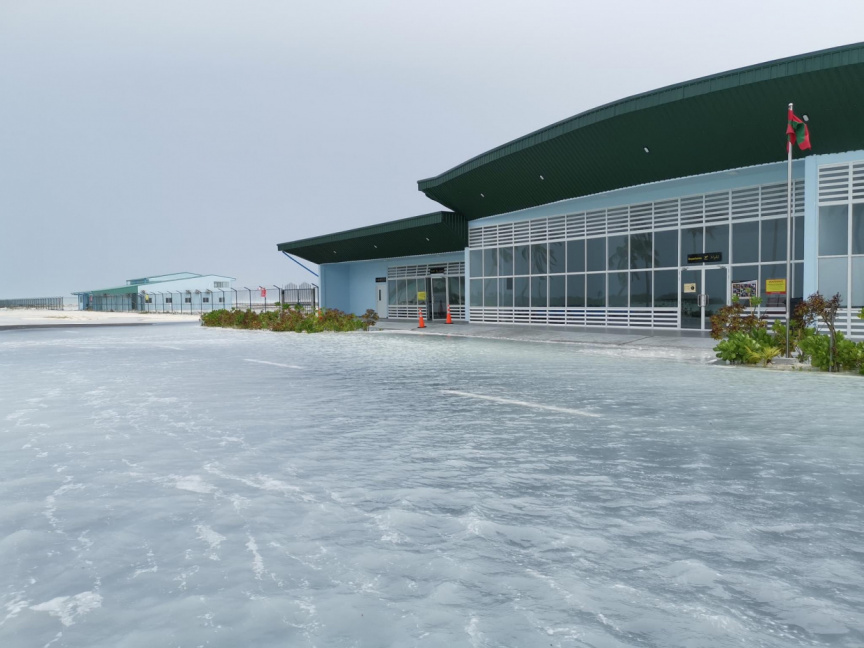 May 14, 2021: Horafaushi Airport flooded due to bad weather. (Photo/Social Media)

The Maldives Meteorological Services (Met Office) has upped the weather alert for the north of the Maldives to Orange due to the possible worsening weather condition.

Met Office said that the regions could face torrential rainfall and flooding and windspeeds could be around 34-40 miles, increasing to 60 miles per hour during gusts.

Seas are expected to be rough with high waves.

The Orange Alert is only issued in times of possible severe weather, often with warnings of thunderstorms, an extraordinary amount of rainfall, and strong winds.

Estimates show that areas under an Orange Alert could see rainfall of 90mm in an hour with winds of up to 63 miles per hour.

Several islands in the north have been facing tidal waves. They include the islands of Hoarafushi, Uligan, Thuraakunu, and Dhidhdhoo in HA. Atoll as well as Funadhoo, Komandoo and Milandhoo in Sh. Atoll.