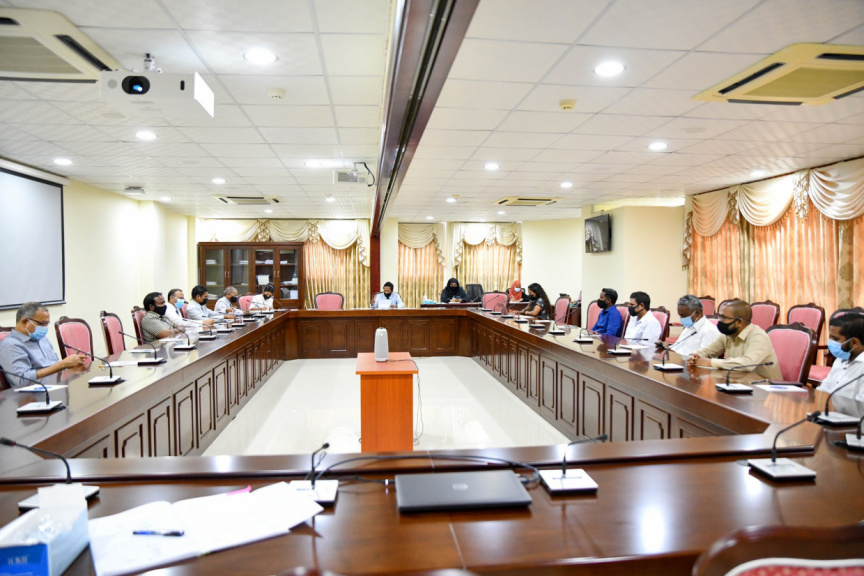 The Maldivian Parliament has made the decision to treat inquiries into the Maldives Marketing and Public Relations Corporation (MMPRC) corruption case and the targeted terror attack to assassinate Parliament Speaker, former President Mohamed Nasheed as top priorities.

At the meeting, Deputy Speaker, North Galolhu MP Eva Abdulla noted the Parliament will reconvene after recess on May 17, but requested that the Judiciary Committee and 241 Committee continue their work.

“I intend to have this work [MMPRC inquiry] by this committee, and the work by the 241 Committee in response to the terror attack on Speaker Nasheed treated as priorities. I therefore request that this committee remain at high alert at this time,” she said.

Eva requested that the members of 241 Committee and Judiciary Committee be in a constant state of readiness to convene for meetings, and to make enough progress to present reports when the Parliament reconvenes after recess on May 17.

Eva also recused herself from the 241 Committee this Saturday, citing that she expects to be busy as she has taken over Nasheed’s duties as he recuperates.

Eva was replaced in 241 Committee by Thulhaadhoo MP Hisaan Hussain.

Nasheed’s last tweet was regarding the MMPRC case, announcing that the Corruption and Asset Recovery Committee has shared the list previous and present State officials suspected of being beneficiaries of embezzled funds.

He made the tweet at 08:13 pm on Thursday, and the homemade remote-controlled IED strapped to motorcycle parked nearby Nasheed’s residence was detonated at 08:27 pm, just as Nasheed, exited his residence and went to get in his car.

Nasheed was thrown to the ground and sustained multiple shrapnel wounds, while three members of his security detail and two bystanders sustained minor wounds.

He was rushed to ADK Hospital, where he underwent 16 hours of lifesaving surgeries.

He has been taken off life support and is breathing on his own. His doctors report he is in stable condition, but warn he had a long road to recovery.

The work by 241 Committee in response to the terror attack are being conducted behind closed doors.