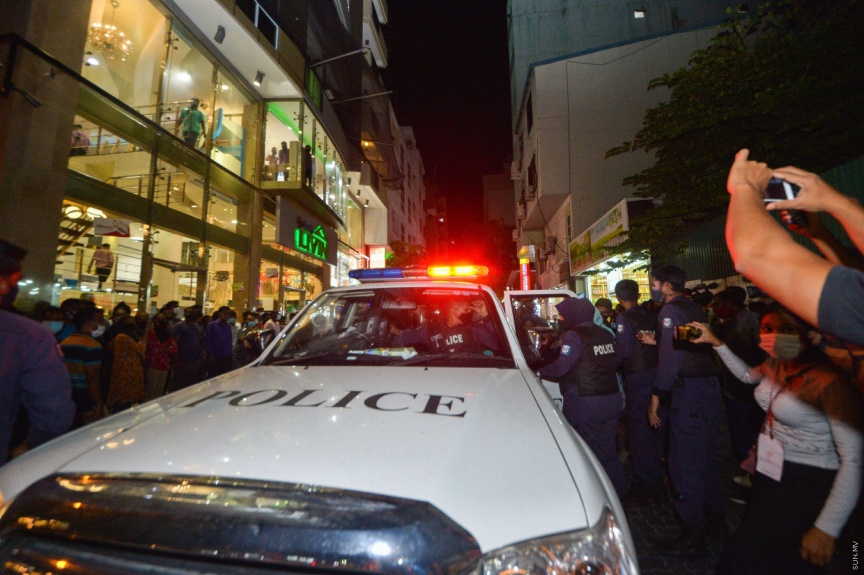 The opposition PPM/PNC coalition have called on the authorities to investigate threats to former President Abdulla Yameen and ensure his safety.

The coalition called for an investigation after a man named Ali Yasir wrote a Facebook status calling to "bomb" ex-President Yameen. The status was written as ex-President Mohamed Nasheed is in hospital receiving treatment after a terror attack near his residence last night.

Ex-President Yameen is under house arrest after being moved from the Maafushi Prison due to COVID-19 cases in the prison. Yameen is serving a five-year prison sentence for money laundering in relation to the MMPRC scandal.

The opposition coalition said that the safety and security of the nation was faced with further detriment if people calling and encouraging such violent and vicious attacks remain loose in the society.

The coalition said that the case had been submitted to the police to take action against the individual who wrote the status on Facebook calling to "bomb" Yameen while he was under house arrest. The coalition had also requested all relevant state bodies to look into the threats.

"We also request to take any necessary measures, enhance security, and to ensure the safety of President Yameen from any dangers he may be faced," read the statement issued by the coalition.

The status written on Facebook has now been deleted and the individual who wrote it has said that the status was written as a "joke or sarcastically".

Maldives in the midst of a new virus variant