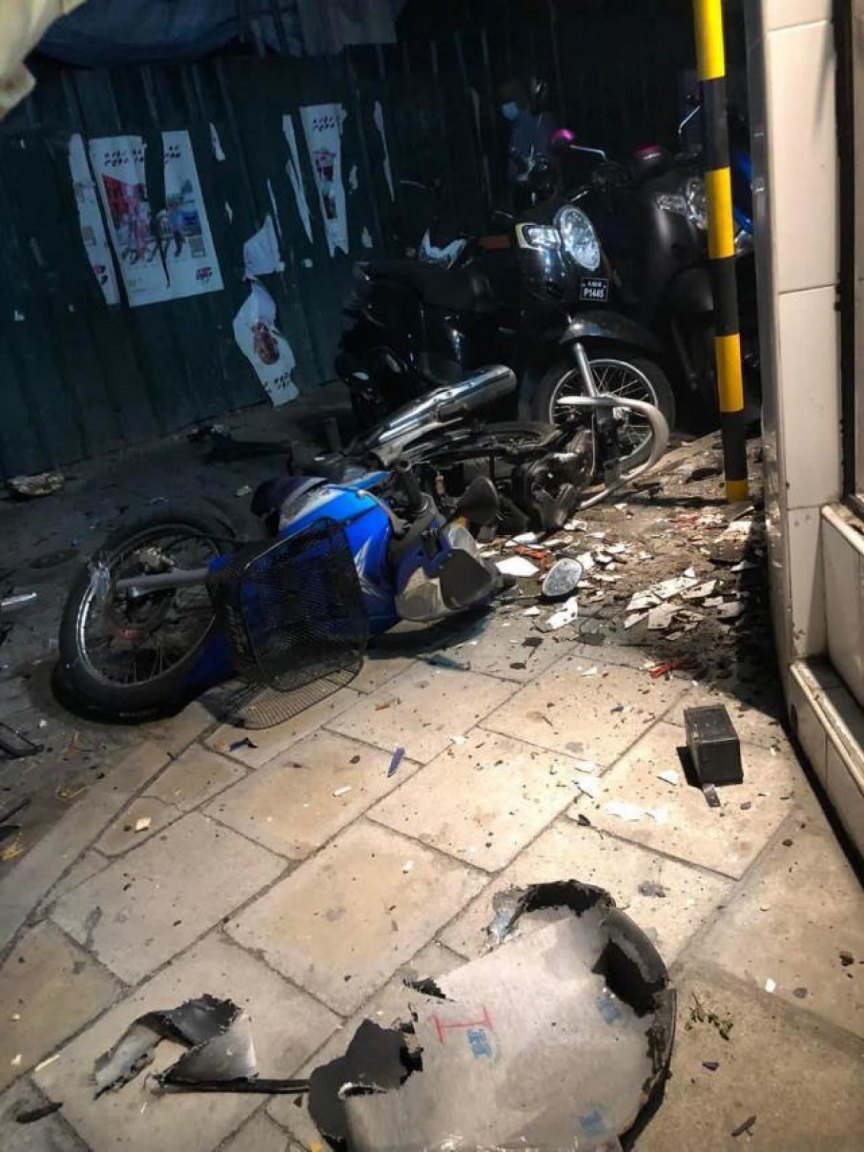 Vehicles lay damaged in the wake of an explosion outside the residence of Parliament Speaker, former President Mohamed Nasheed on May 6, 2021.

ADK Hospital reports Parliament Speaker, former President Mohamed Nasheed was brought to the hospital following the explosion outside his residence with multiple injuries, but that his vitals are stable.

Nasheed, 53, was injured in an explosion at the junction of Majeedhee Magu and Neeloafaru Magu as he exited his residence – G. Canaryge in Male’ City – and got in his car.

The explosion also injured three members of Nasheed's security detail and two bystanders - a local and a tourist.

ADK Hospital tweeted on Thursday night that Nasheed was brought to the hospital at approximately 08:30 pm with multiple injuries.

The hospital said that he is being treated by a multi-specialty medical team.

“His vitals are currently stable. We will update further,” said the hospital.

Nasheed’s party - ruling MDP has issued a statement describing the explosion as an act of terror and an attempt on his life.

The attack has drawn widespread condemnation from opposition and government-aligned political parties and politicians alike, as well as foreign diplomats.

The explosion is under investigation by the police and the military.

They have upped their alert level in the wake of the explosion.

Foreign expertise to be sought for attack investigation