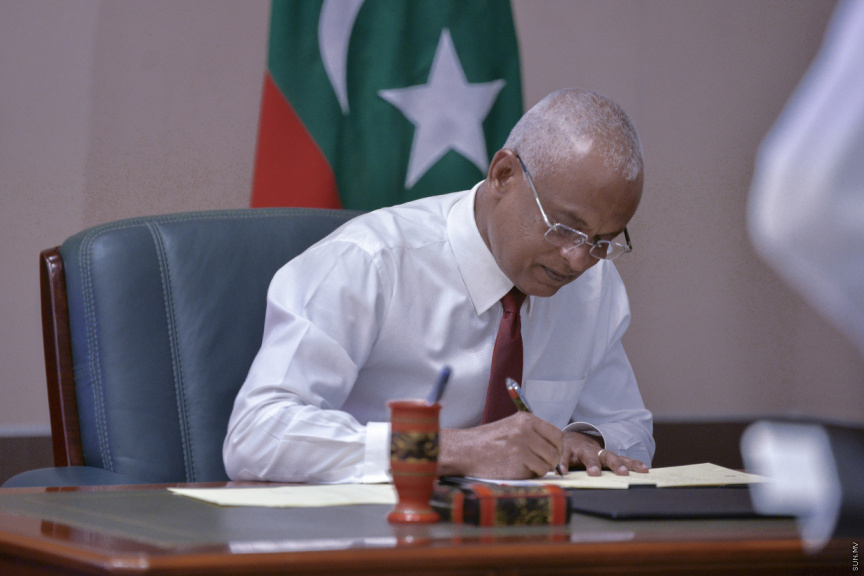 After years, the Maldives has criminalized illicit enrichment and wealth as a criminal offense related to corruption.

Years have passed as a number of institutions and organizations as well as the Anti-Corruption Commission (ACC) have been calling for such a measure against corruption.

A total of 50 MPs voted to pass the amendment in April.

The law also criminalizes the failure to justify the source of income in accordance with the law, if the assets are owned by the individual, a family member, someone with a personal relationship, or through business connections as well.

It is a crime of second degree, according to the law if the individual obtaining illicit enrichment is the President of the nation, Parliamentarian, or a Court Justice. A maximum sentence of 15 years is included for the crime.

The now ratified law also states that if the employee acts in a manner that inflicts losses to the state in a situation where the state could have earned, would also be classified as a third-degree crime.

The bill for the amendments was submitted to the parliament by Fonadhoo MP Moosa Siraj. The ratification of the law means that the Prevention & Prohibition of Corruption Act of 2000 has now been repealed.