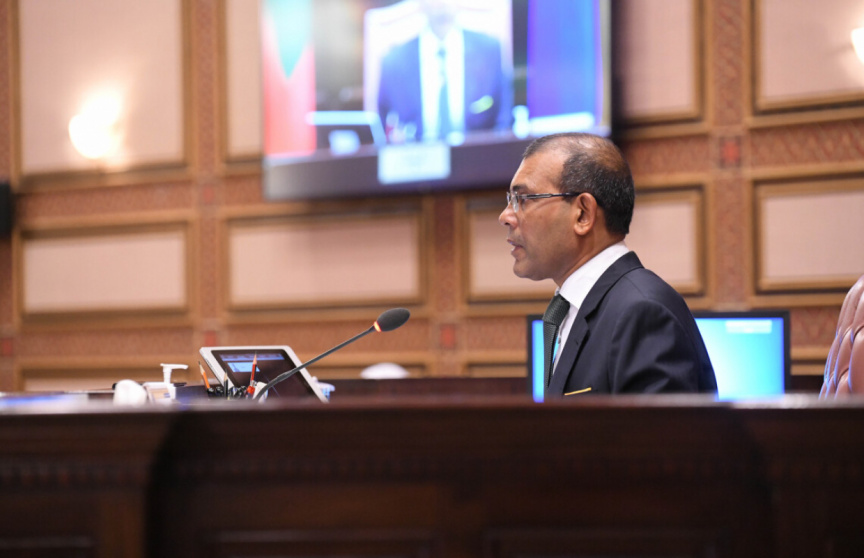 The Parliament's Speaker's desk has directly requested the latest updated information related to the investigation into the MMPRC scandal, on behalf of a request by the West Henveiru MP Hassan Latheef who requested for the information initially.

MP Hassan Latheef requested information regarding the scandal from the relevant bodies in a letter to the Parliament Speaker on March 21. The request was made because the government and state officials including former and current ones, were believed to have been implicated in the scandal.

The Asset Recovery Commission formed by the President has previously stated that current and former MPs as well as senior state officials, members of independent state institutions had received payments and bribes from the scandal.

Speaker Mohamed Nasheed, in today's parliament sitting, said that the Parliament's Committee on National Security Services (214 Committee) was forwarded the request after a letter of the Committee chair MP Mohamed Aslam, was received stating that the committee was best placed to source the information in relation to a matter it was already conducting an inquiry into.

Speaker Nasheed said that the public was impatient to find out the update of the investigation into the scandal and so was the responsibility of the parliament to get the information. Nasheed said that once the relevant bodies gave the necessary information, it would be shared with lawmakers.

The Asset Recovery Commission has compiled a list of around 300 senior state officials who were implicated in the scandal in some manner but have stressed that not everyone on the list were complicit.

Today, 241 Committee member MP Hassan Latheef also accused in a tweet that Committee chair Mohamed Aslam did not wish to clarify the information.

He also questioned why MP Aslam did not wish to find out the information after the Committee members voted to do so and expressed concern over the issue.

Speaker Nasheed stepped over the Committee today when he requested the information from the state bodies. MP Aslam has not yet responded to the statement by MP Hassan Latheef. They both belong to the governing MDP.