Faiz as president of Police Board, Fayaz as vice president 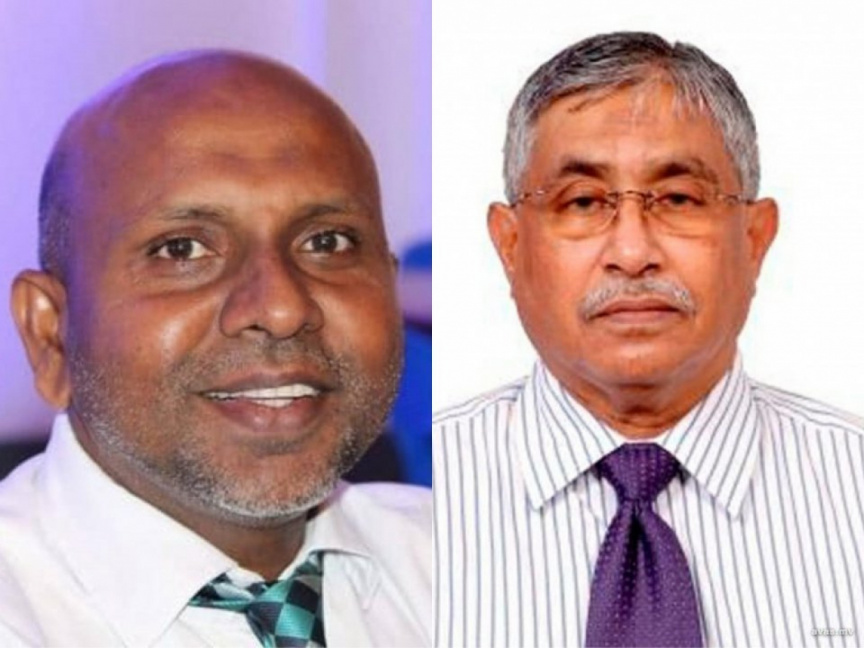 President and Vice President have been elected to the newly established Police Board.

The seven-member Police Board was established by President Ibrahim Mohamed Solih April 9.

Police Board’s President Faiz had served as Chief of Protocol at the President’s Office back in 2012, during former President Mohamed Nasheed’s administration, prior to which he served Maldives Inland Fisheries Company (MIFCO)’s Managing Director.

Home Minister Imran Abdulla congratulated Faiz and Fayaz in a tweet on Wednesday, adding that the Police Board has a crucial role in shaping police service to maximize the benefit to the public.

“I am confident [the Police Board] will lead towards that path with the newly elected presidency,” said Imran.

Other members of the Police Board are:

According to Police Service Act, the Police Board must be composed of two presidential appointees, three members with education and experience in a professional area, and two members from the general public.

The two members from the general public must be approved by the Parliament. The Parliament approved Hamid in March, and Safa in early April.

The Police Board is responsible for appointing the police commissioner and deputy police commissioners, conducting the vetting process for their appointment, and providing their counsel to the Home Minister and other officials they are legally obligated to counsel.

Izmia raises concerns regarding a Police Board member

13 test positive for COVID-19 in Dhoonidhoo