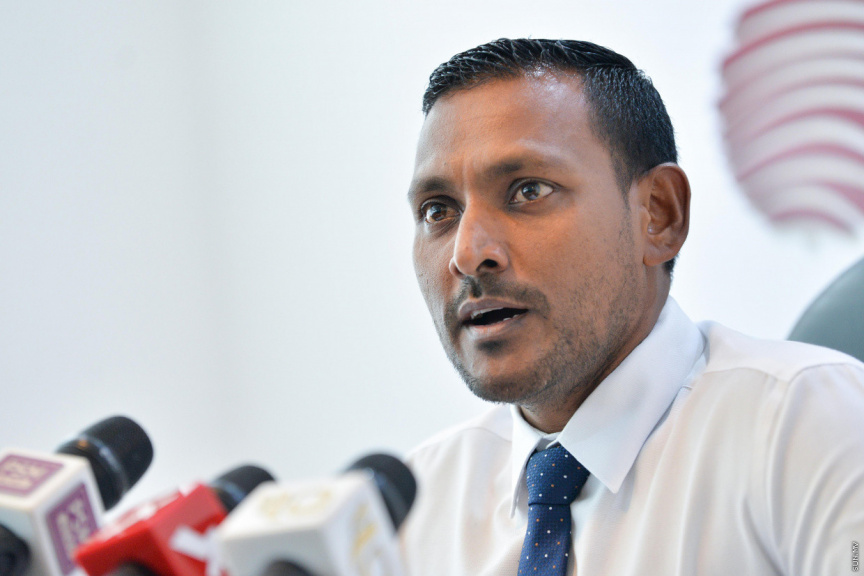 Prosecutor General Hussain Shameem said his office has the option of requesting an Interpol red notice to bring former Tourism Minister Ali Waheed back to Maldives to stand trial for multiple sexual offenses – including attempted rape.

Ali Waheed travelled out of Maldives in February, after Criminal Court lifted the travel ban order against him.

The decision to release Ali Waheed’s passport was appealed by the Prosecutor General’s Office with the High Court, which dismissed the case earlier this April after the office failed to establish Ali Waheed’s current address, making the court unable to serve the summons.

The High Court granted the Prosecutor General’s Office the option of resubmitting the case once they establish Ali Waheed’s current address.

The decision to release Ali Waheed’s passport has now been appealed with the Supreme Court.

Shameem said he hopes his office will be given the opportunity to voice its opinion over the matter by the court.

Shameem said that there are additional options available if they fail to present Ali Waheed to court by serving his summons.

He pled not guilty to all seven charges during his arraignment at the Criminal Court on January 24. He faces minimum 21 years in prison if convicted of the charges.