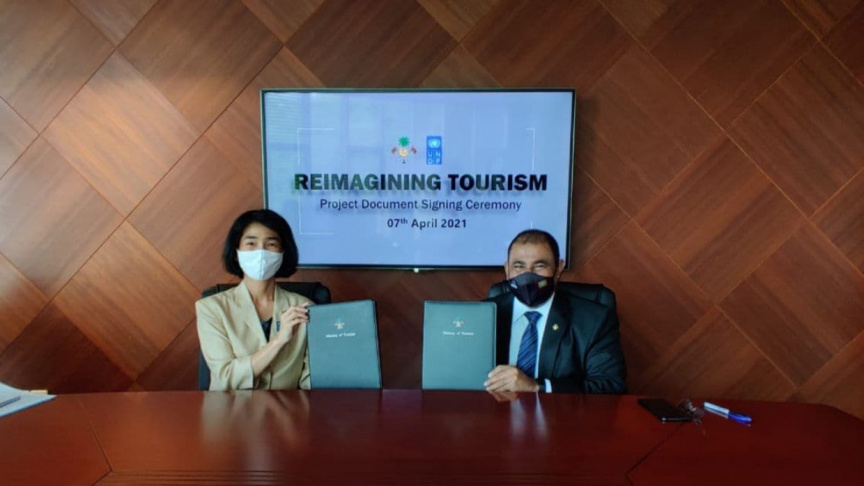 The Tourism Ministry of the Maldives has entered into an agreement with the UNDP for a project worth MVR 4.7 million to develop the local tourism sector of the Maldives.

The Ministry said that the project will be conducted in L. Atoll for a total of 18 months and will be expanded to other areas of the nation based on the information and results obtained from the atoll.

The project will focus on the development of culture, heritage, and integrated tourism, according to the Ministry.

Minister Mausoom during the signing ceremony said that the project will bring a lot of benefits to the public directly and would see amendments brought such as the inclusion of tourism in the land use plan of islands. The Minister also said that women and youth will gain more opportunities under the program.

Representative Fuji also said that the agreement signed today was an important one for the sustainable development of the tourism industry of the Maldives. Ms. Fuji added that the project will carry out objectives set out in the strategic action plan of the government in a manner paving the way for the sustainable agenda for the future as well.