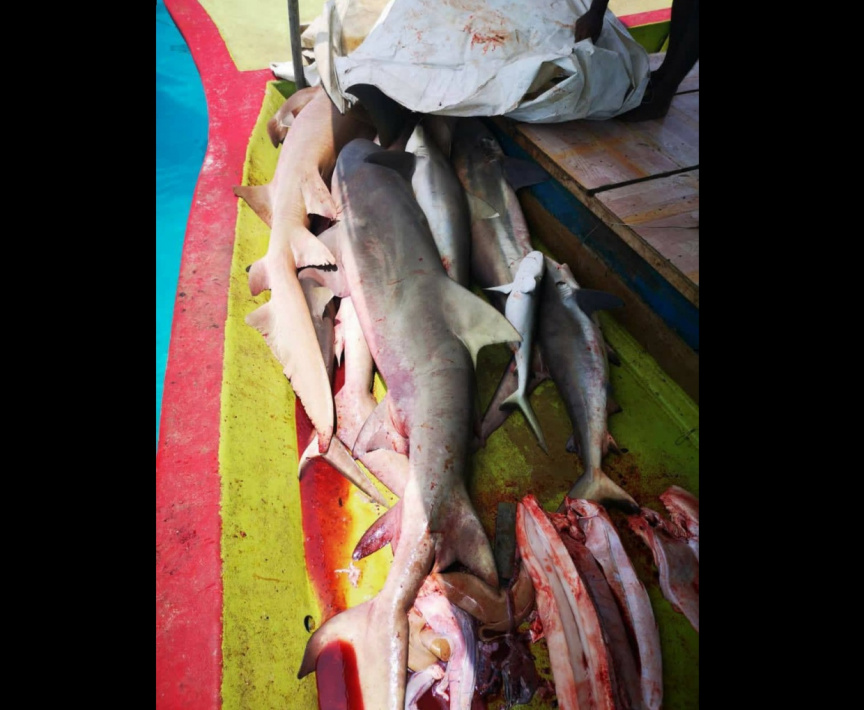 Illegally fished sharks seized from a boat near ADh. Atoll on March 22, 2021. (Photo/Police)

Police have detained a group of people for shark fishing.

The group was detained at sea around 11:30 yesterday near ADh. Mandhoo, after reports were received regarding a group of people shark fishing.

Police stationed to ADh. Atoll was deployed to the location. The boat shark fishing was located near Maavaru Falhu. Four on the boat were detained.

Shark fins, sharks and salted hark meat were also found on the boat, according to police. Police are further investigating the matter.

The Maldives banned shark fishing in 2010 and even the export of shark fins and parts of the animal.

A survey by the James Cook University of Australia has shown that the Maldivian economy received USD 3,300 per shark every year through the tourism industry. This is a huge difference when compared with just USD 32 received from the export of shark fishing.

Despite this, few instances of illegal shark fishing are reported in the Maldives. Just last January, authorities busted a shipment of shark fins and other parts weighing 429 kg, which was hidden inside saltwater fish, as it was being exported through the Velana International Airport.