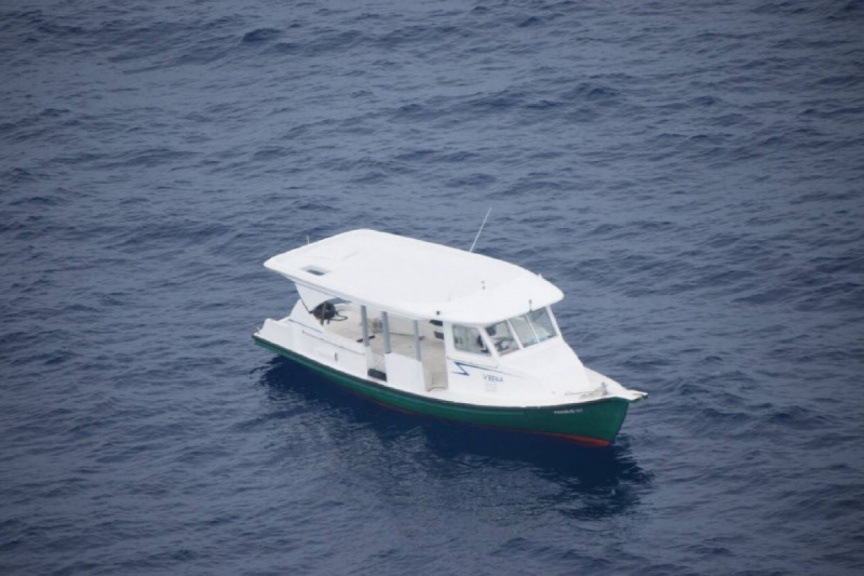 The boat ‘Veena’ was tied behind the boat ‘Santana’ and went missing after the rope broke. There was no one on board the 45-foot boat when it went missing.

The boat was reported missing to MNDF at approximately 08:15 pm on Wednesday, prompting the MNDF Coastguard Southern Area Squadron to launch a search operation.

The boat was located 40 nautical miles to the west of Addu City during an aerial search using helicopter at approximately 09:58 am this Thursday.

MNDF said that the boat was located following continuous efforts by the boat owner and MNDF, and that the Coastguard are now en route to secure the boat.