Maleeh: I haven’t joined the opposition, but will work against MDP 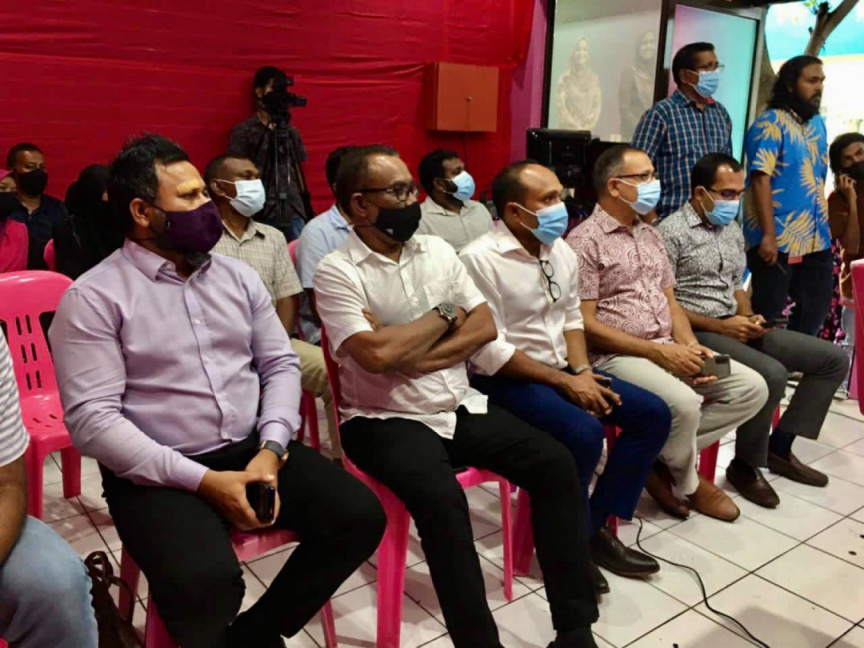 Mohamed Maleeh Jamal, who was recently dismissed as Minister of Communication, Science and Technology by the Parliament in a no-confidence vote, said on Tuesday that he hasn’t officially joined the opposition PPM-PNC coalition, but is working against MDP in the upcoming Local Council Elections.

Maleeh told Sun on Tuesday that he attended the campaign event at the invitation of the youth from his home island Fuvahmulah, and that he has not joined the opposition coalition.

He added that though he may not have officially joined the opposition coalition, he will work against MDP.

“I will campaign for constituencies Jumhoory Party candidates aren’t contending for. I will campaign and work for candidates expect for MDP – whether PPM, Adhaalath Party, or independent candidates. But against MDP,” said Maleeh, a member of JP, which is part of the government coalition.

Maleeh said he is working against MDP because he believes that if MDP were to win a majority in the LCE, it will reinforce efforts by the party’s leader, former Maldivian President and current Parliament Speaker Mohamed Nasheed to establish a parliamentary system in Maldives.

Maleeh said he will not stand by to see it happen.

“If they win a decisive majority, it will be added reinforcement to President Nasheed to convert Maldives to a parliamentary system. We, all the parties on this side, support a presidential system. We do not want to see it lost,” he said.

“President Nasheed is sleepless because he cannot become the Prime Minister. We therefore need to make whatever sacrifice necessary in order to ensure he doesn’t have that opportunity.”

Maleeh said he remains, and will remain a member of JP.

He said that all his political efforts will be focused against MDP and in defense of the presidential system.

“MDP only remembers the coalition whenever there’s an upcoming election. They have not given Jumhoory Party, Adhaalath Party and MRM numerous positions they are due under the coalition [agreement]. Those who did hard work have been put out to the streets,” he said.

Maleeh said that while MDP denies their coalition partners agreed upon positions, MDP activists are appointed to different positions each day.