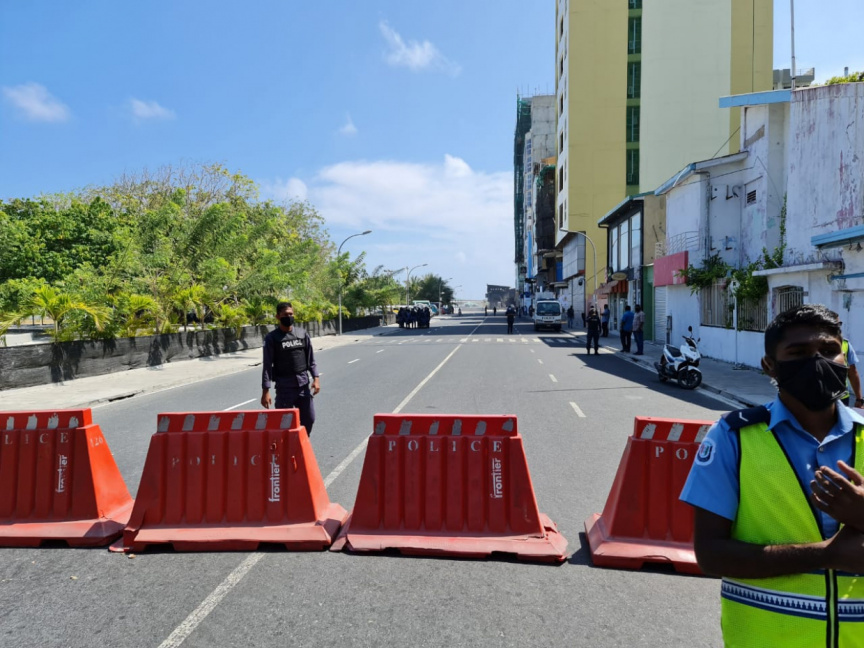 Police officers on the road after blocking access to the office of PPM. (Photo/PPM)

Police have cordoned of all roads that lead to the office of opposition party PPM.

The police erected barricades on all roads before blocking public access to the area after PPMK announced a protest to be held today as well.

The opposition parties almost always start protests from the headquarters of the PPM which is located on the Boduthakurufaanu Magu, near Raalhugandu.

Police warned during previous protests even, that it will not permit such gatherings during the state of public health emergency in the capital.

The warnings were echoed by the Home Ministry as well last weekend, coinciding with opposition protests last week. Police even arrested senior figures of the opposition before the protests could start last week.

Health authorities in the nation keep on warning against public gatherings due to the spread of the virus and last night, prohibited the gathering of more than five people together in public.