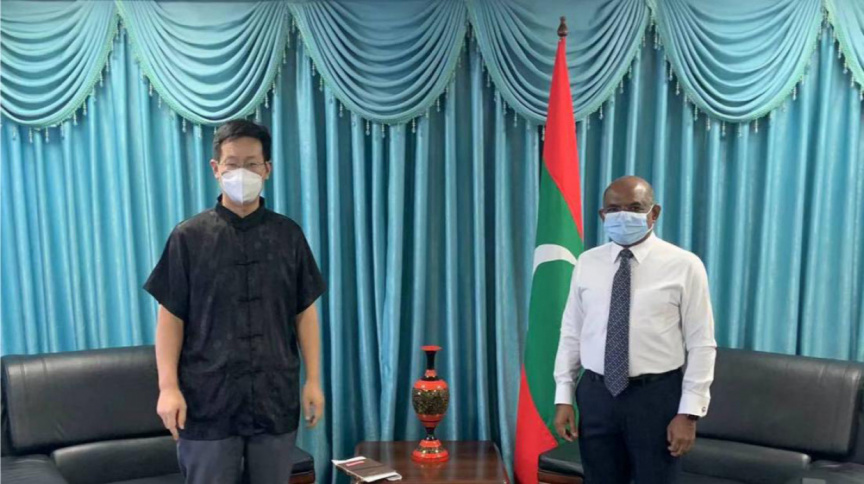 China will be gifting the Maldives with 100,000 more doses of COVID-19 vaccines developed by the nation, Chinese ambassador to the Maldives Zhang Lizhong has stated.

The news was announced by ambassador Lizhong after meeting with Maldivian Foreign Minister Abdulla Shahid. Minister Shahid thanked the ambassador for the donation.

The vaccine is yet to be used in the Maldives as it waits for the approval of Maldivian health authorities.

The Maldives began its mass vaccination campaign on February 1, Currently, the vaccine developed by Astrazeneca and Oxford University named Covishield by its manufacturers in India is being administered in the Maldives. India has so far, gifted 200,000 doses of the vaccine.

The government of the Maldives is also procuring 700,000 doses of the vaccine from Astrazeneca. Health Minister Ahmed Naseem had stated that the vaccine procured under the agreement will be received sometime this month.

COVID-19 booster shots to be administered at 2 centers