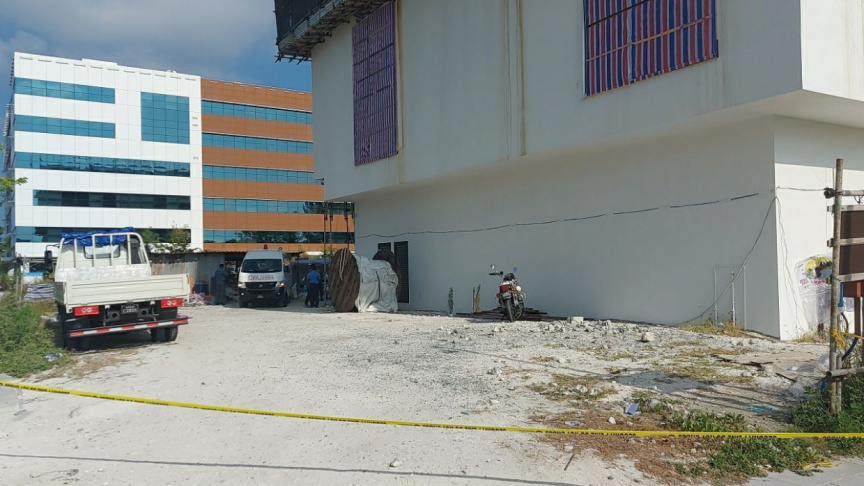 Police operate at the construction site from where a 40-year-old Bangladeshi man was found dead on February 27, 2021. (Sun Photo/Reader Contribution)

A person was found dead in a construction site in suburban Hulhumale’ on Saturday, prompting the police to investigate.

The sighting of the dead body was reported to police at approximately 07:31 am.

The police have identified the deceased as a 40-year-old Bangladeshi male.

Nothing suspicious has been identified during the preliminary examinations so far, said a police spokesperson.

The man was found deceased in a RNC construction site located near the Tree Top Hospital. An eye witness told Sun the deceased had blood under his nose.

Some sources report the dead body was found by the construction site’s security, when workers reported to duty in the morning.