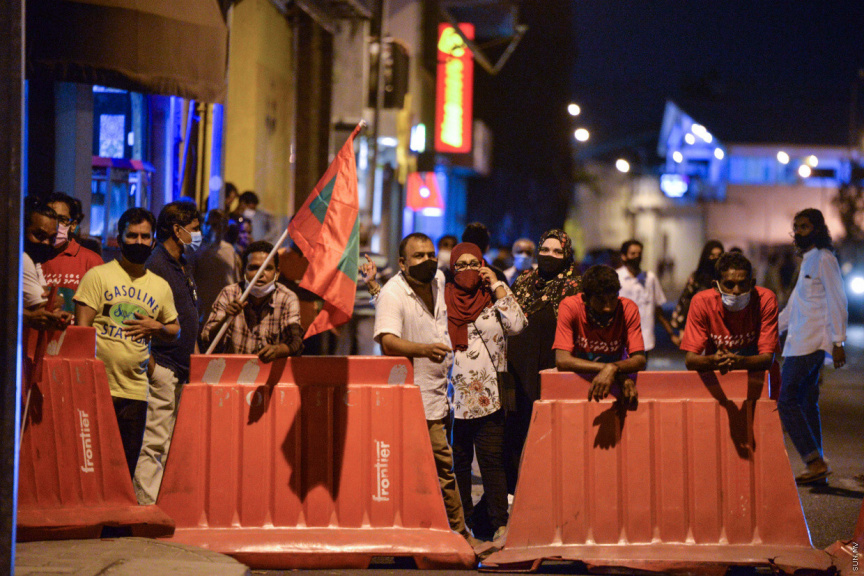 The protesters arrested from the rally held by the opposition PPM-PNC coalition in Male’ City on Friday have been released from police custody.

The police said on Saturday that they arrested 30 protesters.

27 of the protesters were released after they were penalized for violating Health Protection Agency (HPA) guidelines with an MVR 1,000 fine.

The remaining three who were released without a fine were arrested before the rally began.

The rally on Friday had taken place after the police warned they will not allow for public gatherings held in violation of HPA’s guidelines.

HPA has imposed additional measures in Male’ City following an increase in COVID-19 cases, including banning parties, functions and events, and banning public gatherings of more than 10 people.