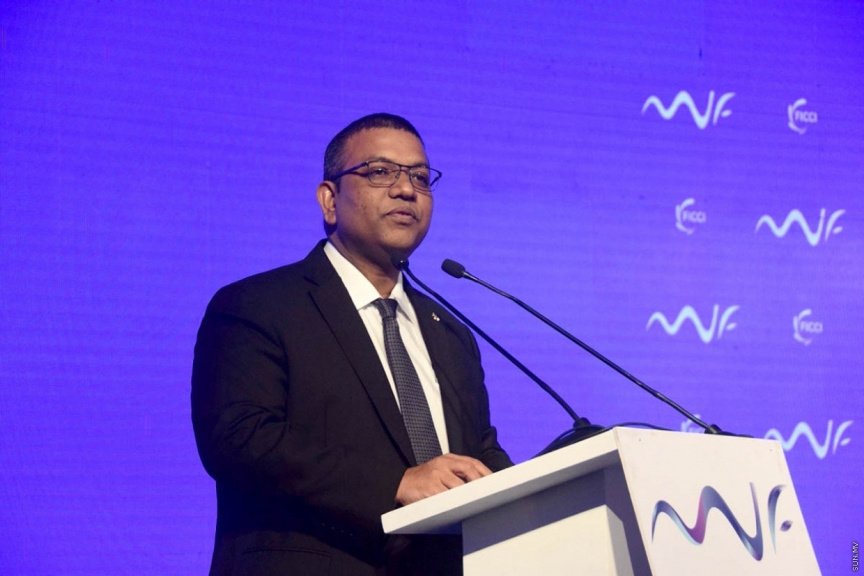 The former Maldivian Ambassador to India Ahmed Mohamed has stated that the former administration of President Abdulla Yameen did indeed make a proposal to India for assistance to develop the harbor and dockyard of Uthuru Thilafalhu but that the Maldivian government scrapped the idea after India advocated to have exclusive rights over the services of the dockyard.

The former Ambassador stated to Sun today, that discussions regarding the development of the Uthuru Thilafalhu dockyard were held during a state visit to India by former President Abdulla Yameen in 2016. Initially, the idea had been floated during President Yameen's predecessor President Waheed's administration.

"However, afterward in January 2018, I and other officials of the Foreign Ministry met with India (officials) in Delhi, and stated that we did not want the project to be run in a manner whereby India would have the exclusivity of the dockyard," said Ahmed.

He added that the meeting had been participated by the former Foreign Secretary and the current External Affairs Minister Subrahmanyam Jaishankar of India as well and that he would be very well aware of the stand taken by the former administration of President Yameen regarding the dockyard.

Minister Jaishankar signed on behalf of India in an agreement for the development of the Uthuru Thilafalhu with the current administration during an official visit last Saturday.

The former Ambassador also stated that the Maldivian government had expressed its desire against renewing the agreement made between the two nations for helicopters and even requested for the helicopters provided by India to the Maldives to be taken back, to the Indian government officials.