Care packages being distributed in Addu to assist the vulnerable 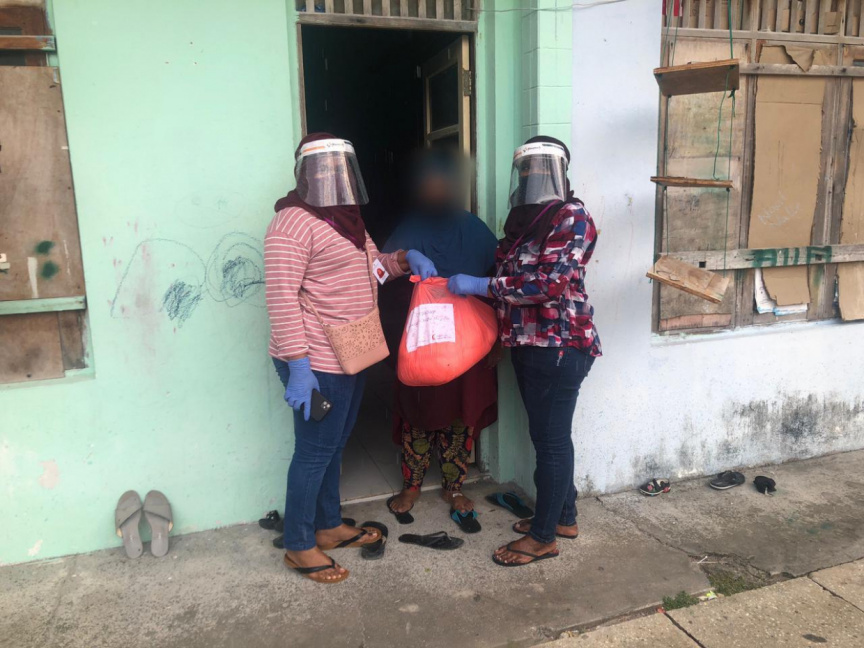 Gender Ministry has begun sending care packages to assist the vulnerable in Addu City, which has been placed under restrictive measures to control an outbreak of COVID-19.

The Gender Ministry said they are working in collaboration with relevant state institutions to collect information regarding people living in vulnerable situations in the city, contacting them to identify the assistance they require, and sending them care packages.

The purpose of the initiative is to ease the difficulties faced by people living in vulnerable situations due to the measures in place to control the outbreak, identify their basic needs, and provide them with necessary psychosocial support, said the Gender Ministry.

Gender Ministry said they will be supplying approximately 50 care packages containing food, water, sanitizer, mask, gloves and other such essentials.

Addu has been under monitoring since February 6, and currently has 60 active cases.

Gender Ministry said they are also working on assisting the vulnerable in Fuvahmulah City – which has also been placed under monitoring to control an outbreak. The city has 20 active cases.