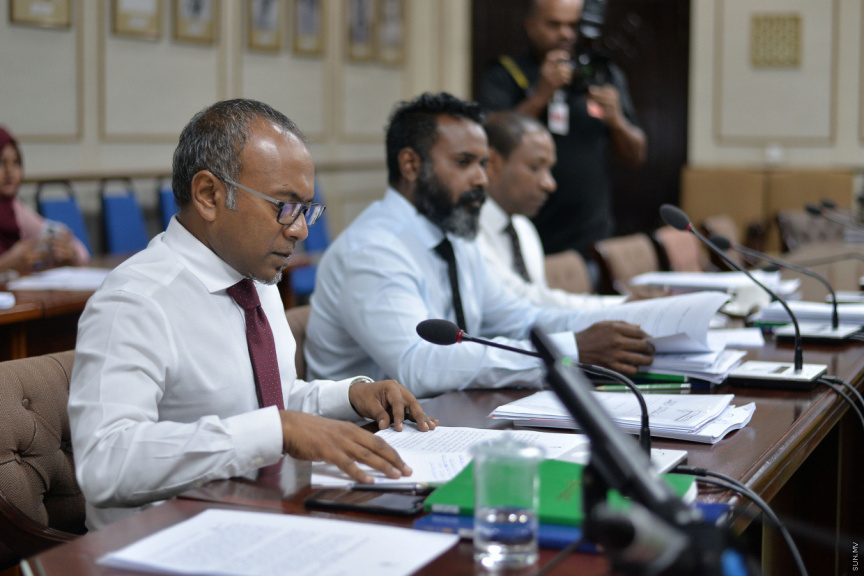 The Parliament will be making an inquiry into the failure to provide related evidence to the ventilator scandal to the Prosecutor General’s office by the Anti-Corruption Commission and Police.

“I am requesting the Judiciary Committee to find out the reason why these institutions, that is the Police and the Anti-Corruption Commission, are hiding information from the Prosecutor General by enquiring from the Police Commissioner and the President of the Anti-Corruption Commission. So, for that reason, I will be sending these two letters back to the Judiciary Committee,” said Nasheed.

The ACC last made a statement on the scandal on January 26. The Commission said that it would inform the PG within two weeks of its views regarding the decision by the PG against bringing charges in the case.

The ACC requested charges against 11 Health Ministry officials after misconduct and discrepancies were noted in the Auditor-General report into the Ministry efforts to procure ventilators to the Maldives during the height of the pandemic in the Maldives. The ventilators were awarded to three companies to increase the capacity of the Maldivian health system.

Then Health Minister Abdulla Ameen who later resigned due to the scandal, Deputy Minister Nishaama Mohamed, and senior officials of the Ministry were implicated in the scandal. After the audit report, the ACC conducted an investigation into the scandal and requested charges against the 11 implicated. However, the PG stated that charges could not be brought forward in the case due to insufficient evidence.