EC to submit election challenges of health guidelines to parliament 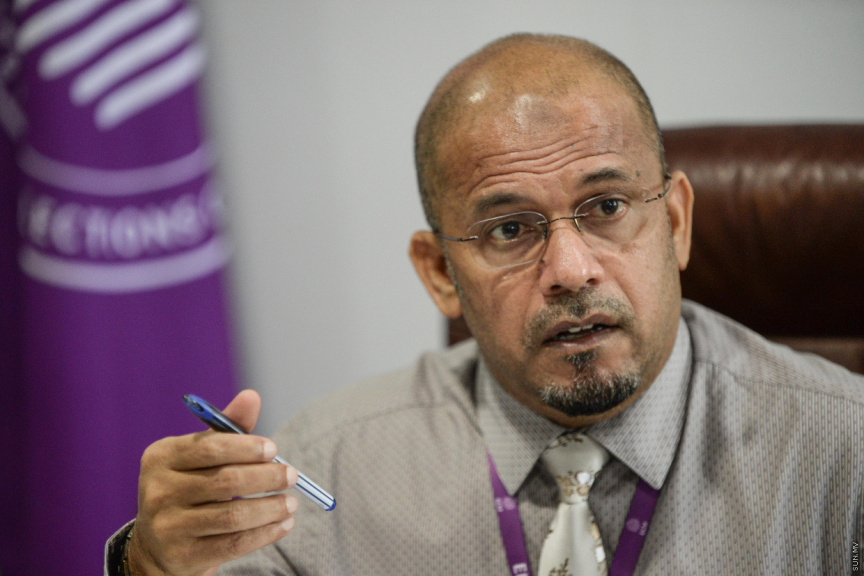 The Elections Commission (EC) of the Maldives has stated that it will take concerns over the health guidelines issued by the Health Protection Agency (HPA) for the upcoming local council elections to the Parliament.

The HPA guideline for the elections was issued last night, and EC Chairman Ahmed Shareef stated to Sun that the guideline consisted of some concerning issues.

Shareef noted issues in the guidelines such as arranging to vote for a quarantined individual in the island where they are situated in. He said that this was not legally possible because the individual can only vote from where they are registered for voting.

“For instance, if an individual from Addu City tests positive in Male’ arrangements for that person to vote in Male’ City cannot be made if they are not registered for voting in Male’ City.” Said Shareef.

The EC and political parties have all requested for a special guideline for quarantine when traveling to atolls for campaigns, however, the guideline issued does not include any such measures for rallies and campaign events as well as quarantine for campaigners.

“We don’t see any easements or special guidelines for the elections.” Said Shareef.

Shareef said that such concerns to hold the election on time would be presented to the parliament for respite.

Shareef said that work for the election would be continued until the parliament makes a decision.