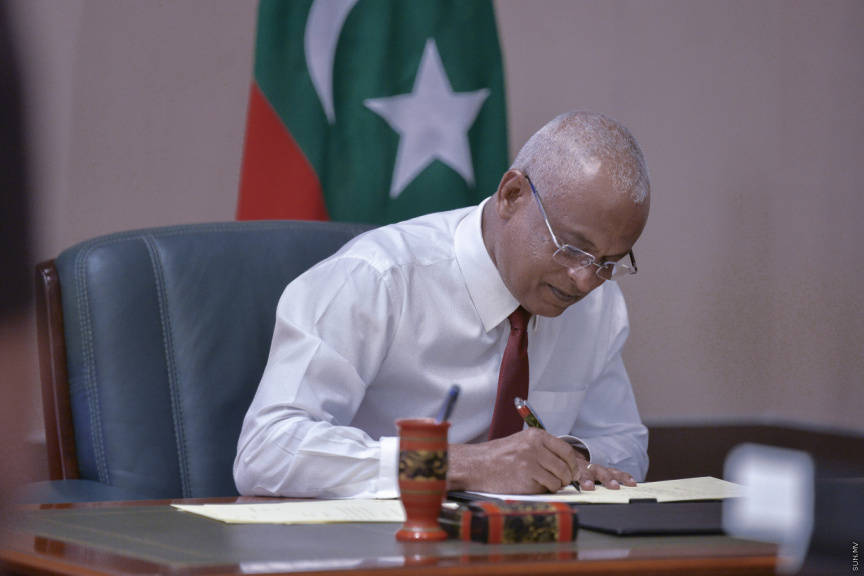 President Ibrahim Mohamed Solih has ratified the bill to amend the sunset law of last year passed to postpone the local council elections due to the COVID-19 situation in the Maldives.

The new amendment, ratified by the President today, permits holding the elections even during the state of public health emergency declared in the nation. The bill was passed by the parliament two days ago.

The election, originally scheduled for April last year, was delayed under the special sunset law in light of the COVID-19 situation in the Maldives. Under the law, the election is to be held only when state authorities determine that it was safe to hold the election and that there was no public health emergency or risk.

Under this law, relevant state authorities were required to declare the end of the state of public health emergency which hampered the elections.

Hulhumale’ MP Ali Niyaz submitted the bill to amend the law so that the election could be held during the state of public health emergency.

38 Parliamentarians voted for the bill. Under the current bill, the election is to be held before May 10, and if it cannot be held by then, the Elections Commission is to inform the parliament for legal respite.

The bill has now been ratified as law and published on the government gazette. It is to come into effect from the date when the President ratifies it.

The Elections Commission is currently working to hold the election on April 4, 2021.