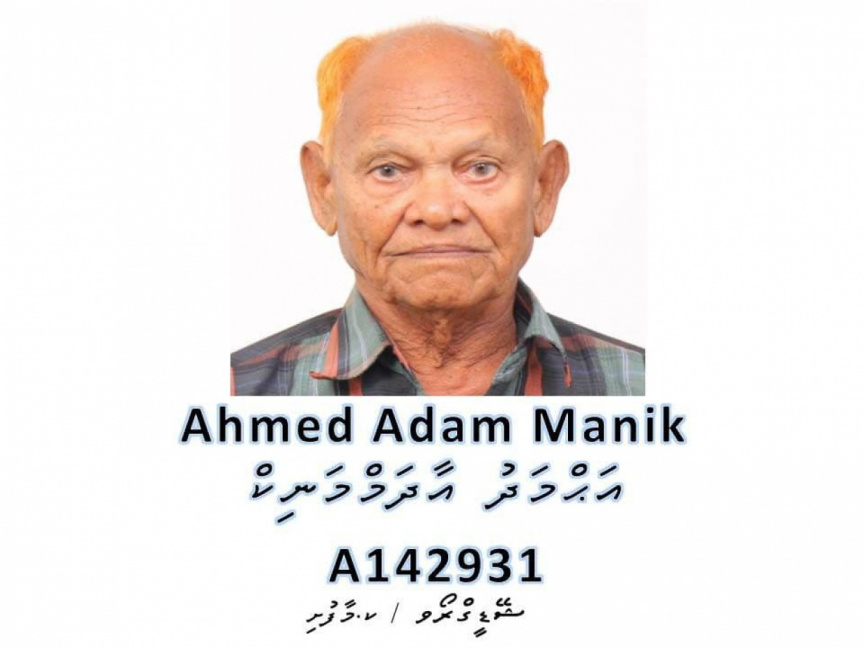 An 81-year-old man who set out from K. Maafushi on a sailboat on a solo fishing trip has been reported missing.

According to MNDF, the man set out on an 18-foot sailboat.

Maafushi Council president Usman Rasheed told Sun that the sailboat in which Ahmed Adam Manik set off on was reported missing to the council by the boat owner at approximately 09:00 am.

According to Usman, the boat owner informed the council that the boat had been missing since at least 06:00 am.

The council was later informed by a resident that Ahmed Adam Manik was seen on the boat at dawn. The council went to Ahmed Adam Manik’s residence, and was told by his family that he hadn’t been home since morning, and that they believe he went fishing on the sailboat as they also found fish was taken out from the refrigerator, presumably to be used as bait.

Usman told Sun that the missing man is hearing and speech impaired.

“He therefore does not use a phone. There’s no way to contact him. There has been no news of him since morning. The weather is clear today, so he shouldn’t have set off too far on the sailboat. But he has not been found in any nearby location,” said Usman.