HEOC: Agreement with Astrazeneca for 700,000 vaccines 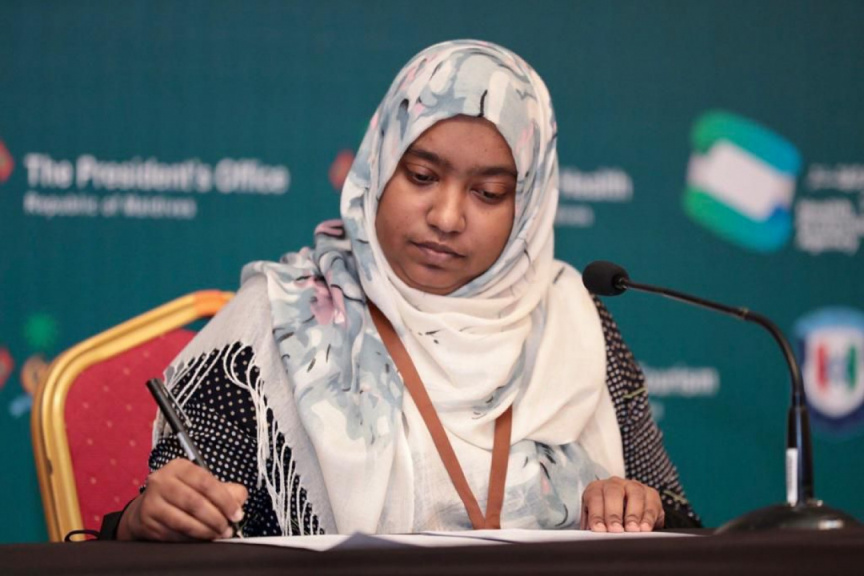 Health Emergency Operations Center (HEOC) has announced that an agreement with Astrazeneca will see the Maldives supplied with 700,000 doses of vaccines against COVID-19.

HEOC spokesperson Dr. Nazla Rafeeq, speaking in a program of Raajje TV, said that vaccines would be obtained for around 20 percent of the population of the Maldives through the COVAX facility.

Dr. Nazla said that the authorities were working on inoculating the age-group of the population for which vaccines could be administered.

Some sections of financial regulations have been suspended by the government in order to procure the vaccine.

President Ibrahim Mohamed Solih today, said that the aim was to inoculate the entire population of the Maldives in the coming months.

Dr. Nazla also added that vaccines will be administered in the Maldives only when the WHO gives approval for the vaccine. She was speaking about the Covishield vaccine supplied by India to the Maldives.

Covishield is the name referred to as the Astrazeneca-Oxford University vaccine in India. The vaccine is manufactured in India, under the license of Astrazeneca.

The vaccine will only be administered after the Food and Drug Authority of the Maldives approves of it, according to Dr. Nazla.

Vaccination now open for all aged above 25