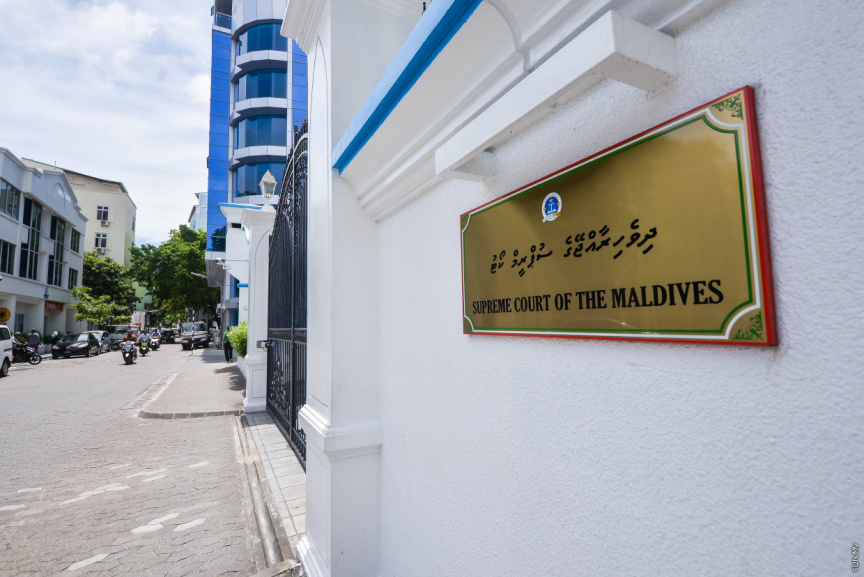 They were fired based on the allegation they, along with some others, illegally used MACL Fuel Service Department’s vehicles at the INIA and stole 19,000 liters of jet fuel from a bowser used to store fuel to refuel aircrafts on September 4, 2015.

They were fired before a decision was made regarding the allegation against them.

MACL stated in the letter of termination sent to them that the police informed the company that the investigation proved their involvement in the theft, that involvement of workers in such cases are a violation of the company’s policies, and that retaining such workers exposed the company to further damages.

Zameel and Mohamed denied the allegation against them, and filed separate cases with the Employment Tribunal asking that it be established that they were fired illegally, and that they be reinstated to their posts, paid the salaries and allowances owed to them from the date they were fired to until they are reinstated.

The Employment Tribunal ruled against Zameel, stating that given the investigation proved his involvement in the theft, it cannot be established that he was fired illegally or without sufficient grounds.

However, they also found MACL failed to honor standard procedure when firing him, and ordered for a MVR 6,200 compensation.

The Employment Tribunal’s decision was appealed by both Zameel and MACL with the High Court. MACL appealed the decision asking that the court established Zameel is not entitled to the compensation. The High Court ruled they were unable to issue a different determination in the case.

And in the appeal filed by Zameel, the High Court ordered for him to be reinstated to his position or a position at equal level from March 5, 2019, to disregard his termination, and pay him the salaries, allowances and additional benefits he would have received within a specific duration.

The High Court cited that Zameel’s involvement in the theft wasn’t proven beyond reasonable doubt to the court’s satisfaction, that the police do not have the authority to establish his complicity in the theft, that he wasn’t satisfactorily identified from the CCTV footage, and that he was fired without giving him sufficient opportunity to respond to the allegation, without sufficient investigation, or establishing procedural fairness.

Meanwhile, the Employment Tribunal had ruled in favor of Mohamed in the case he filed over his termination, deciding that he was fired illegally due to lack of sufficient evidence of his complicity in the theft. The Employment Tribunal however also established that reinstating him to his post may not be in best interest given the loss of trust between him and MACL, and ordered for a MVR 60,405 compensation instead.

The decision was appealed by both Mohamed and MACL with the High Court.

In the appeal filed by MACL, the court ruled that found no grounds to change Employment Tribunal’s decision, but in the appeal filed by Mohamed – the court ordered for him to be reinstated to his position or a position at equal level from March 5, 2019, to disregard his termination, and pay him the salaries, allowances and additional benefits he would have received within a specific duration.

MACL appealed the decision by the High Court in both cases with the Supreme Court.

After separate reviews of the cases, the Supreme Court ruled that the evidence is insufficient to prove their complicity in the theft.

The court overruled the High Court, establishing that both Zameel and Mohamed were fired illegally, and ordering for them to be reinstated to their posts within 14 days starting from Monday, January 18, and paid Zameel MVR 37,200 and Mohamed MVR 33,600 as six months of basic salary as compensation.