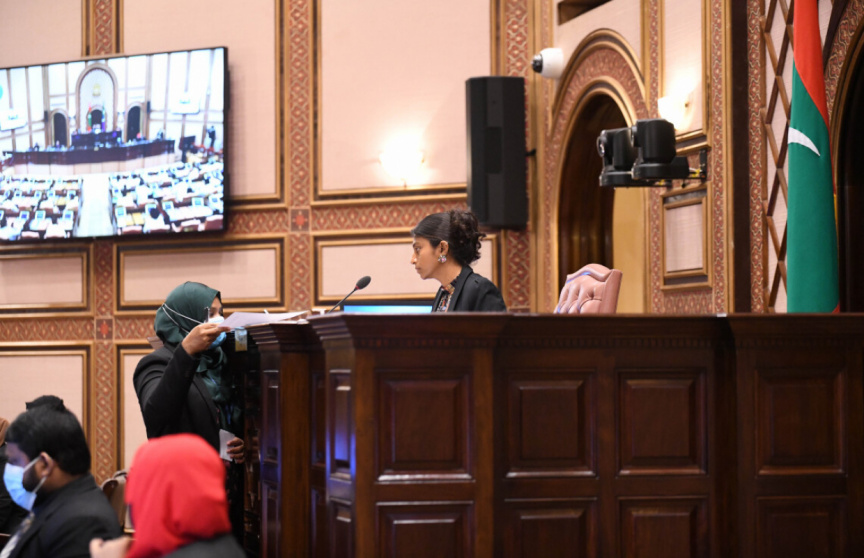 A parliamentary sitting of the 19th Parliament. (Photo/Parliament)

The Parliamentary sitting held out of term today has been postponed due to the absence of a quorum.

The sitting was to be held at 10:00 today. This is the third sitting out of the term. Deputy Speaker and MP for North Galolhu Eva Abdulla stated that due to the absence of a quorum in the sitting, the sitting had to be delayed.

Deputy Speaker Eva said that the sitting was delayed for 10 minutes.

In today’s sitting, parliamentarians are to debate on the report by the parliament’s Committee on Independent Institutions regarding the amendment to the special law passed last year to delay the local council elections.

The Committee report reads that the Elections Commission is to inform the parliament within 30 days if the local council elections cannot be held before May 10 the latest.

Committee members are on the view to bring a legal solution to the issue if the election cannot be held on the date if the situation arises, without changing the date for the election.