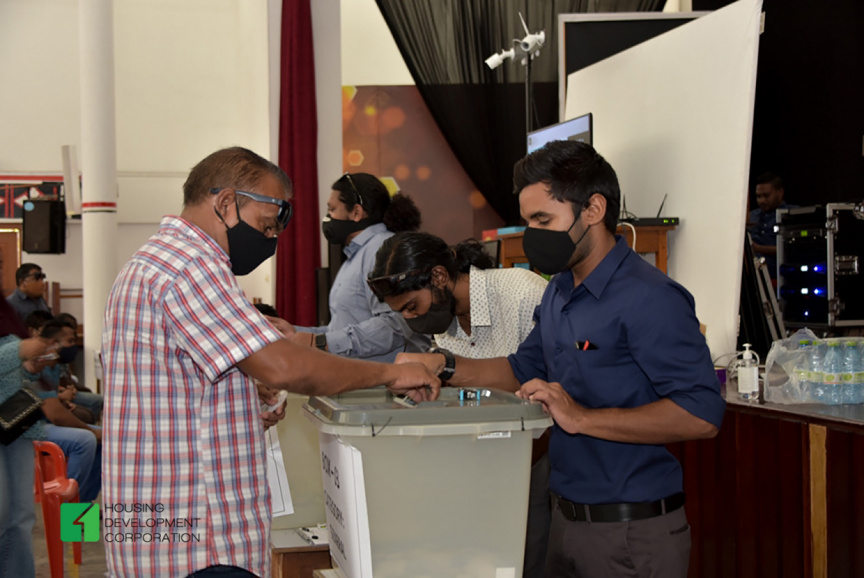 Draw held to select groups for the urban farming project in Hulhumale' on December 28, 2020. (Photo/HDC)

16 groups have been selected following a draw to award land under the urban farming project planned in suburban Hulhumale’ to improve food security.

The draw was held at the Gaazee School on Monday, and saw the selection of 16 groups composed of three farmers under three categories; a category for women, a category for youth and special needs persons, and a general category.

Six groups were selected under the women’s category and five each under the remaining two categories. An additional three groups under each category have been waitlisted.

HDC has stated that land for the urban development project will be released from neighborhood 3.

HDC has stated that the project is linked with many of the strategies included in the government’s strategic action plan, including development of small and medium enterprises, development of the agriculture sector, and blue economy.

HDC has also announced plans to integrate training programs by the Technical and Vocational Education and Training (TVET) Authority into the project.

The location for the project will have a tool shed, a mini storage facility, an incubator shed, public toilets, and a fertilizer shop.