MACL: Sunday marks highest no. of traffic since border reopening 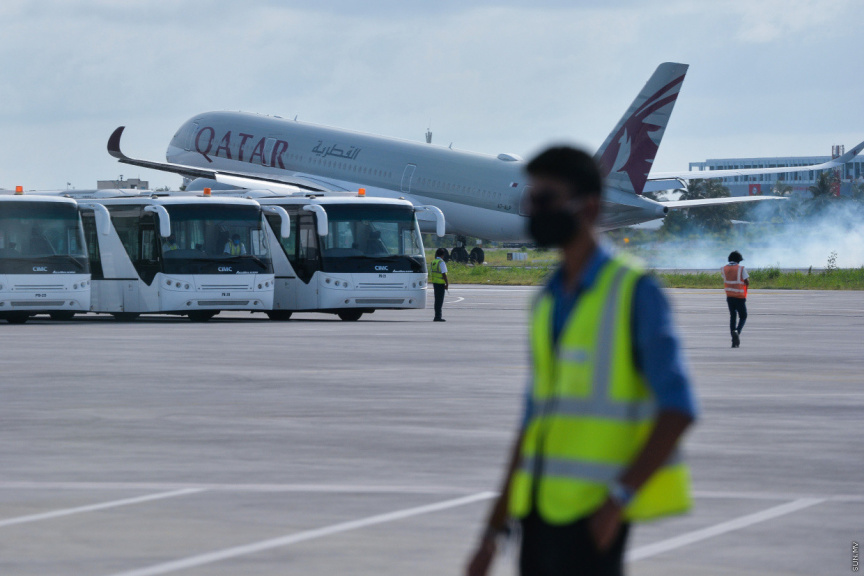 Maldives Airports Company Limited (MACL) which manages Velana International Airport (VIA), has stated that on Sunday, the airport saw a record number of air traffic movements since the Maldives reopened its borders on July 15.

Statistics published by MACL show that on Sunday, VIA recorded 578 air traffic movements which was an increase of 42 percent compared to the next highest day.

Sunday saw 5,845 international arrivals, which is a 39 percent increase from December 12, the next highest day. Sunday was also the day with the highest number of tourist arrivals with 5,674 tourists. So far, from December 1 to 20, the Maldives has recorded 56,662 tourists.