Action against more employees of FSM regarding fuel scandal 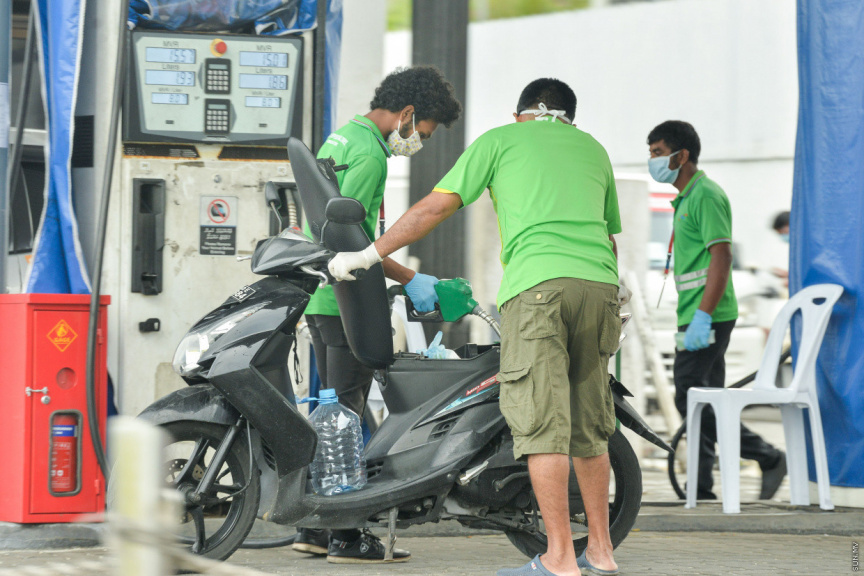 FSM workers fueling a motorcycle in a gas station.

Action has been taken against more employees of Maldives Ports Limited (MPL) and Fuel Supply Maldives (FSM) in relation to the corruption case that surfaced from within the MPL.

Managing Director of FSM, Mohamed Gasam said on Raajje TV last night that police were still working on the investigation and that the FSM were cooperating with authorities. Gasam said that so far, no evidence has been uncovered implicating senior management level employees in the scandal.

He added that individuals allegedly implicated in the scandals had not admitted to the scandal when questioned, but that evidence against these individuals had been obtained. The evidence has now been handed over to police and that five employees of the company had been suspended. No one has yet been dismissed from the company so far.

The scandal involves inflated purchases of fuel by MPL operations during the COVID-19 lockdown in the Maldives. Some employees of FSM and MPL are allegedly involved in the scandal.

Gasam admitted that if not properly overseen, unfair advantages could be obtained from the fuel operations of the company. Gasam gave an example of this by stating that the MPL sought to provide customers with the supply of fuel they required when employees are sent in barges and bowsers of FSM. It was the responsibility of MPL to see whether the correct amount of fuel was supplied which can be viewed on the fuel meters.

“The recipients must see whether they received it. If both are negligent, there is nothing that can be done.” Said Gasam.

He said that the FSM was working to establish a digital meter system to immediately view the transactions and cameras are also to be placed on bowsers and barges.

Gasam admitted that the corruption scandals involving fuel had been going on for years and that the situation with the virus was the reason why the scandal had come to light. He said that if the situation had not been present, the scandal may have gone undetected.

The scandals only came to light due to the high bills of MPL for fuel identified during the disruption of services in the COVID-19 lockdown. MPL has taken action against those implicated in the scandal and the scandal is being investigated.

A modern fuel shed to be built at Industrial Village

Fuel barge runs aground off Noomara

A self-service petrol shed to be established in Male'

Petrol sheds to be open until 1:00 am during Ramadan