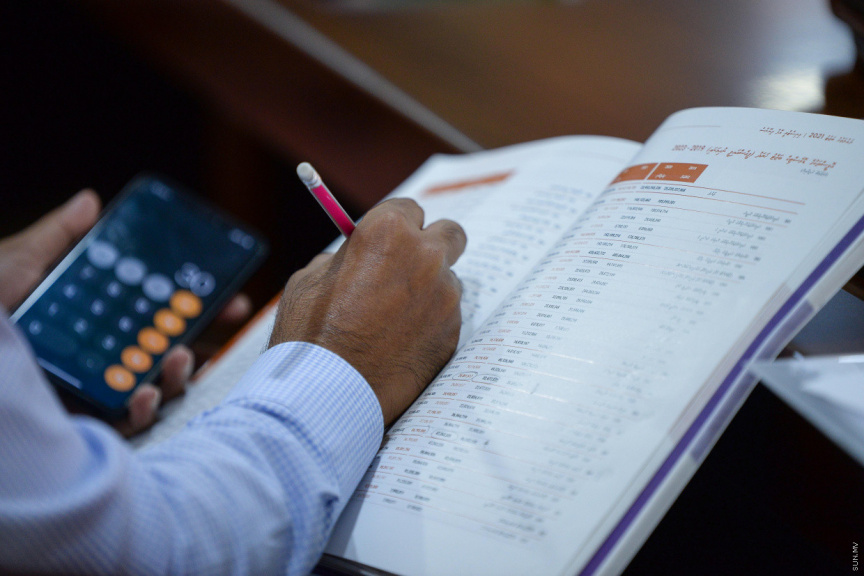 Evaluation of the proposed state budget for 2021. (Sun Photo/Fayaz Moosa)

Speaker of the Parliament Mohamed Nasheed has stated that the discussions surrounding the proposed state budget for 2021 will be concluded today, after saying that it seemed as if the parliamentarians were not interested in debating the budget.

The state budget for 2021, is calculated at MVR 34.79 billion with an estimated MVR 17.79 billion expected to be received as revenue and aid. This means that there is a massive deficit of MVR 15.50 billion.

The committee amendments mean that the budget was increased to MVR 34.92 billion. The expected income is MVR 21 billion which means that a deficit is calculated at MVR 12.3 billion.