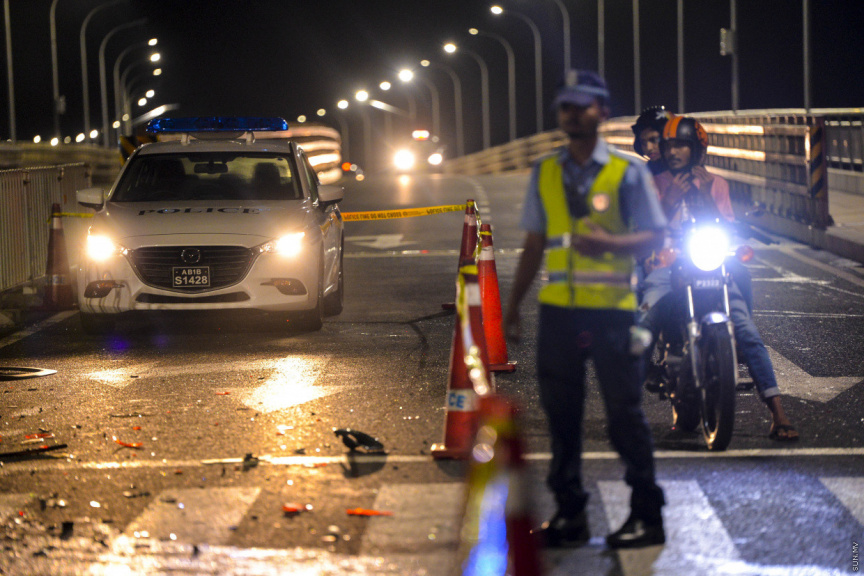 Photo shows a police officer standing near the scene of an accident in Male' City on December 20, 2019. (Sun Photo/Muzayyin Nazim)

An individual who suffered injuries due to a traffic accident in Male' City last night has passed away.

Police confirmed that the individual, a 24-year old locale female, passed away while receiving treatment at the Dharumavantha Hospital. She had been on the backseat of a motorcycle that crashed onto the running track of Rasfannu beach.

The motorcycle had been driven from Ameeny Magu and onto Boduthakurufaanu Magu near Dharumavantha Hospital at high speed when the driver had lost control.

Police also said that the 25-year old driver of the motorcycle did not have a driver's license.