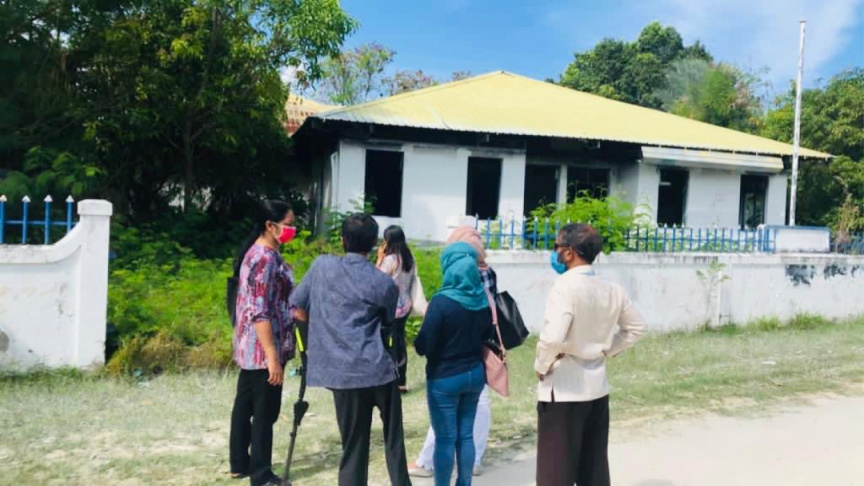 Team from Gender Ministry inspects land allocated in Addu City for safe home for domestic violence and shelter for the elderly. (Photo/Gender Ministry)

Land has been allocated in Addu City to build a ‘safe home’ for victims of domestic violence and a shelter for the elderly.

Gender Ministry announced that a team from the ministry, led by State Minister for Gender Aishath Rasheed, has travelled to Addu City to inspect the land and oversee the work.

Safe homes are established in family and children’s service centers to provide temporary housing for women and children who are fall victim to domestic violence.

According to the Gender Ministry, the main purpose of safe homes is to ascertain the rights and protections women and children housed in such facilities are entitled to under the Constitution, provide psychosocial support, and facilitate their return to normal life.

Safe homes have been established in four atolls so far; H. Dh. Kulhudhuffushi, G. Dh. Thinadhoo, Sh. Funadhoo, and S. Hithadhoo. The facilities are managed by the Gender Ministry.